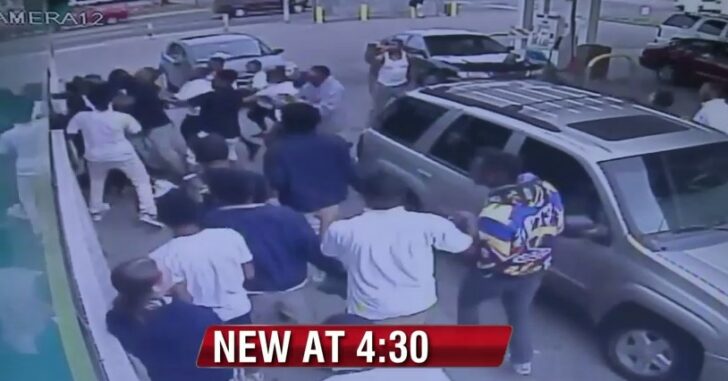 You know the old expression “It’s better to have a gun and not need it than to need a gun and not have it?” This. Here. While the unarmed man attacked by the swarm/mob/gang at this Memphis gas station had a gun in his car, Orrden Williams, Jr. was very lucky to be able to get to it. And even luckier not to have to use it. Gun control advocates will use this incident to justify their argument that guns escalate violence, rather than end it. Wrong. In fact, this horrific encounter is proof – if proof were needed – that carrying a firearm can mean the difference between life or death for its owner. And his three-year-old child. Yes, there is that. [h/t JM]

Previous article: Man Tries To Rob Undercover Police Officer At Bank, Guess How It Ends For Him Next article: Costco Employee Actively Seeks Out Concealed Carrier, Tells Him To Leave Store, Management Agrees