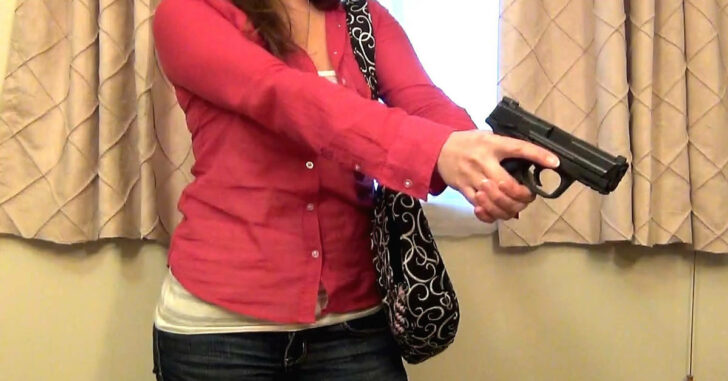 Many school districts do not allow teachers to carry firearms into the classroom. For those teachers with a concealed carry permit, they have to make a daily decision to either protect themselves or hope nothing goes wrong. For one teacher, who wished to remain anonymous, she chooses to carry.

This is going to have to be a discussion amongst the concealed carry community.

CafeMom published the original article which details this teacher’s decision to carry and her practice of carrying. She guesses the overall reaction of parents would be one of surprise but knows that between her and her husband, carrying a concealed handgun just makes sense for her.

We didn’t write the law and we sure as heck don’t enforce it on others. The point blank truth is that if she was caught with a concealed handgun, she’d likely lose her job and her permit.

Is the risk worth it?

This is a problem with “gun free zones”. Often times, the people who are put in the predicament of choosing safety over following the rules.

However, what is a law-abiding gun owner if he or she doesn’t follow the law?

There may be a lot of gun owners who understand this teacher’s predicament. Who truly knows how many otherwise law-abiding gun owners take their handguns into “gun free zones” every single day without a single issue or incident?

Is that something we want to condone and promote? I’d argue that responsible concealed carry practices require us to attack the laws which bind our hands — not act outside of the law.

There are school districts from California to Ohio that are fighting to allow teachers and administrators to legally protect themselves and their students.

We’ve also seen what happens when a teacher acts outside of the law.

In one incident, a teacher in Newtown, Connecticut, was arrested and lost his job because he was caught with a concealed carry pistol.

That teacher had a permit to carry but he was not authorized by his school system to carry in the classroom.

He was arrested and treated like a criminal when a security guard discovered his concealed handgun. That is precisely what this teacher will face if she is caught.

He’s not wrong for wanting to protect himself but he certainly isn’t right with the law.

This is an unfortunate position that our educators have been placed in. They can choose to protect themselves by carrying a concealed handgun and risk losing their jobs OR they can wait until the legislative process reforms.

Reforming the law is a painfully slow process.

The law is what separates criminals from good guys.

Which side of the law should we be on?

Tell us your thoughts in the comments below.

Previous article: #DIGTHERIG - Gary and his Springfield XDs 45ACP in a We Plead The Second Holster Next article: 'Top Gun' Actress Gets Concealed Carry Permit After Home Invasion