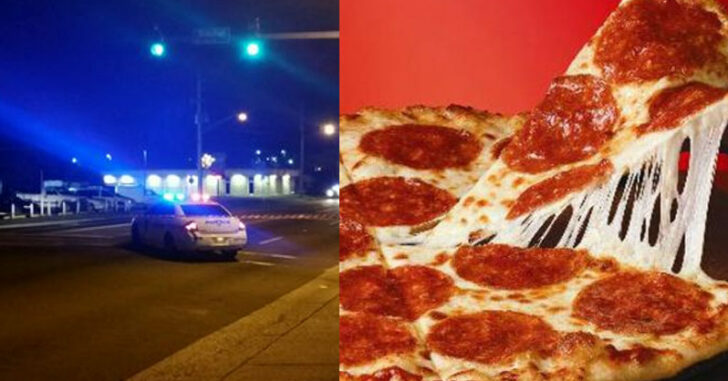 JACKSONVILLE, FLORIDA — The Jacksonville Sheriff’s Office confirmed that a pizza delivery driver was held up on the Westside of the city while making a delivery run.  Sources at CBS WJAX-TV 47 confirm that the delivery driver was approached by two armed men.  When one of the men demanded the driver hand over his money, the delivery man took out his handgun and shot one of the two.  The other left his buddy to soak in the street.  The suspect who was shot remains in custody at a local hospital and is listed as being in critical condition.

This case is being investigated as an attempted robbery and Jacksonville sources confirm that the robbery took place in an apartment block.

Delivering pizza, driving a cab, being a service technician — these are all jobs that require individuals to travel to potentially dangerous areas at odd hours of the night and be subjected to threats.  It seems like more and more people in these professions are wising up to the hazards and getting prepared with concealed carry handguns.

We reported on another recent concealed carry case involving a pizza delivery driver defending himself successfully from an armed attacker.  Conflicting reports from this story indicate the suspect who was shot may have been a teenager.  We’ll follow up once information becomes available.