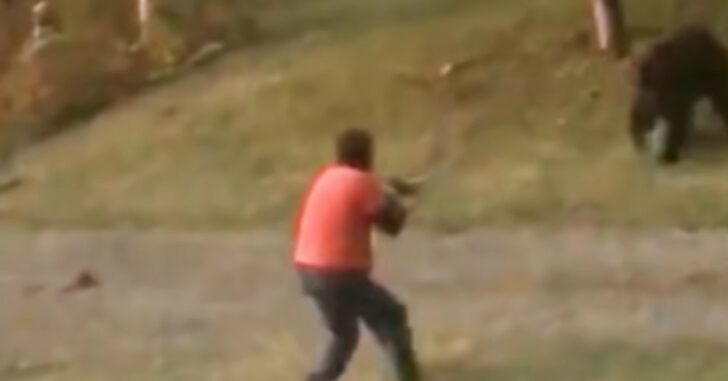 Some animals are absolute beasts, and can overcome certain death. A Canadian man found that out when he tried to scare off some bears from his property with a warning shot from his shotgun.

All that did was annoy momma bear, and she began sprinting towards him.

The man fires a second shot directly at the bear, striking her from a close distance. As one commenter mentioned, it seemed as if the bear stubbed her toe before continuing forward.

In the end, the man was able to get safely into the house and said that when he later tracked the bear, she seemed to be doing alright.

What’s loaded in your shotgun will make all the difference as well. Birdshot, for example, probably won’t help you against a black bear. I don’t know what he was using, but this could have easily been this man’s last day on earth.

Previous article: With 2 Kids Inside Home, Woman Shoots And Kills Estranged Boyfriend As He Forced His Way Inside Next article: Concealed Carrier Stops Mass Shooting In Syracuse NY With Headshot To Suspect