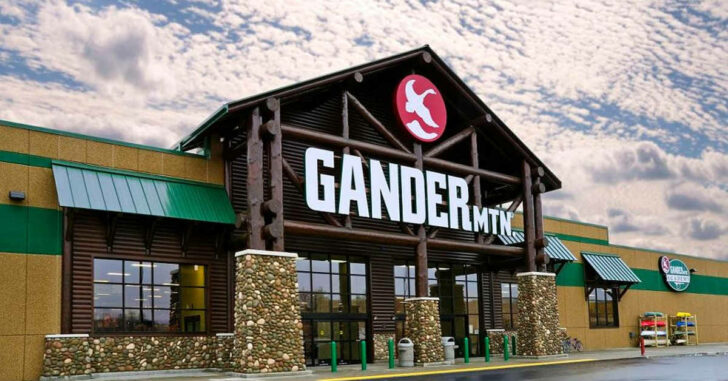 Gander Mountain has begun bankruptcy proceedings following a lackluster return on their aggressive expansion across the United States. The chain is predominantly known as a fishing and hunting shop but carries a wide selection of handguns as well.

According to the Reuters article about their bankruptcy proceedings, the article’s authors noted that this comes after a record year of gun purchases across the United States.

Their main competitors, Bass Pro and Cabela’s, both merged in a $5.5 billion dollar landmark deal made last year.

To be honest, there’s two main competitors to this business model: ‘Mom & Pop’ gun stores and online retailers like gunbroker.com. Just like big box stores like Target and Walmart are getting squeezed by online giants like Amazon, gun retailers are also taking serious hits.

For most gun purchases, the only thing that’s required is a Federal Firearm License holder. This means that, for the majority of people living in the United States, they can just shop for the gun that they want and have it sent to a local FFL for the NCIS background check and paperwork.

The middle man is having a harder and harder time fitting in the middle.

I see this as ultimately a good thing. When I first got into firearms after I got out of the Marine Corps, I was stuck with whatever the local gun store had for a selection. If the merchandise was biased, over market value, or whatever, I had very few other choices. I could drive 40 minutes away to the next gun store and take my chances there or I could deal with whatever that gun store had available.

Realistically, a first-time gun buyer may not know what he or she wants. Purchasing a gun online and having it shipped to a local FFL holder has its benefits if the purchaser knows for a fact that his choice is 100% correct. What happens if he picks up the gun of his supposed dreams for the first time and realizes it’s not going to fit in his hand or his fingers are too stubby or too long to properly wield it?

Big box stores like Cabela’s and Gander Mountain are usually able to buy a certain type of firearm in bulk, guaranteeing a slightly better price than the average gun store. If you’re in the market for a specific type of gun and its marked down at a Cabela’s, then it’s absolutely worth it to buy. If you’re not sure about what type of gun you’re really in the market for, though, it would make sense to try it out at a local rental range.

This is especially important for concealed carry handguns.

The gun that you choose to carry on a daily basis should be one you are completely comfortable using. If some part of it doesn’t work well for you — grip, sights, magazine, comfort level — you should consider switching to a handgun that will fulfill that.