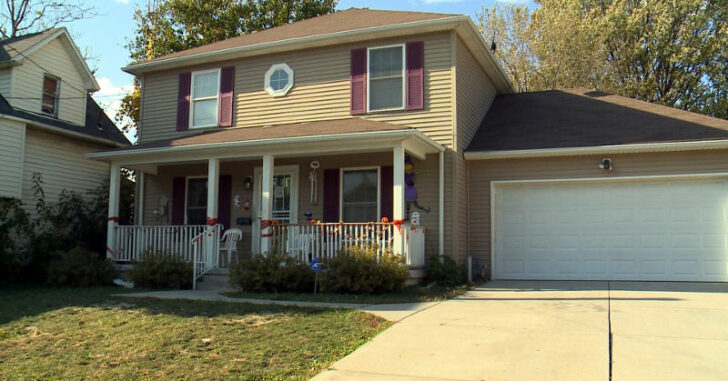 TOLEDO, OHIO — Returning home from his shift as a welder, Terrance Reid, 21, came home to see something amiss.  According to ABC 13, Reid pulled into his driveway around 4 am and saw a vehicle slow down as it passed his house.  He then detected someone was inside his home.  Getting his concealed carry pistol out of his vehicle, he placed it into his pocket and prepared for the worst.  The armed suspect inside the home wasted no time emerging onto the front yard, levelling his own gun at Reid’s head saying, “don’t move!”

Authorities allege that Reid had a fast draw and put a well-placed shot into the suspect’s abdomen, dropping him immediately on the first round.

His mother came out to see what the commotion was and noted her son was visibly shaken.

Toledo Police report that they have no indication the gunshot was placed under anything less than self-defense.

“He was a little quicker on the draw and he shot the suspect,” says Lt. Joe Heffernan with the Toledo Police Department.

While Toledo Police are still investigating the shooting, neighbors and relatives living nearby both confirm that Reid has always been an upstanding young man.  He just recently obtained his concealed carry permit and started carrying legally.  As it turns out — it was just in time.

A next door neighbor commented to ABC 13 that he had been robbed in his own home and jumped before.  The neighbor supports the notion that Reid is a good, upstanding citizen in his neighborhood and supported Reid’s use of force.  Furthermore, the neighbor noted he’s in the process of obtaining his own concealed carry permit.

“The guy just came out of the blue thinking he can get away with robbing a guy not knowing he is well-protected and licensed to have a gun with him,” says Willis [neighbor]. “So I think he did the right thing.”

Previous article: Parenting WIN -- Young Girl Discovers SBI Agent's Pistol In The Bathroom, Notifies Parents Immediately Next article: How To Distinguish Yourself From The Gunman During A Mass Shooting Event