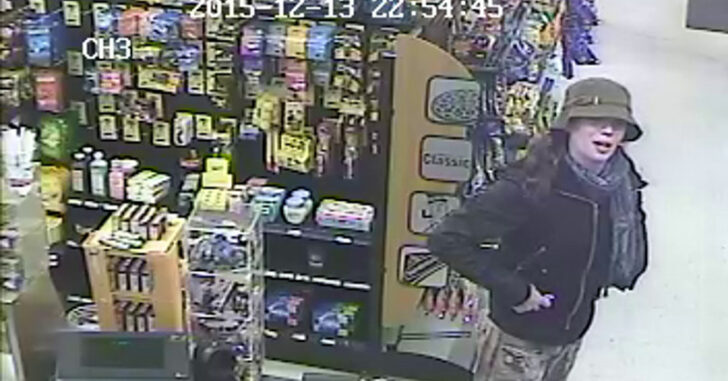 BOLTON, CONNECTICUT — A robber wielding a knife was successfully stopped by an armed clerk without further incident, reports Connecticut state police.  The attempted robbery happened just after 10 pm, with the robber brandishing a white-handled switch-blade and demanding all the money in the register.  The clerk didn’t do anything until she attempted to climb over the counter.  That’s when he drew his legally registered gun.  She quickly climbed back off the counter and left the store, according to the Hartford Courant.

No patrons, customers, or others were hurt in the process.  Business likely resumed as normal after state police finished taking down the woman’s description and obviously snagging some of that sweet, ultra-crisp surveillance footage.

Not every defensive gun use has to end with bullets fired.  The clerk did the right thing — neutralize the threat with the minimum amount of violence necessary.  It was obviously enough to make the armed robber retreat and that’s good enough.

As a clerk at a convenience store, there will likely be a time where someone somewhere is just stupid enough to try something.  The discretion in using his firearm only came up when his life was potentially at risk.  Good guy gun-owner.

For the rest of us out there in this wild and crazy world, it’s always good to take every threat as credible no matter the source.  Situational awareness, head on a swivel, and good judgement — those are all the makings of a fine concealed carrier.

Previous article: BEGINNERS: Practicing One-Handed Shooting Is Important And Here's Why Next article: #DIGTHERIG - Donelle and his Sig Sauer P320c