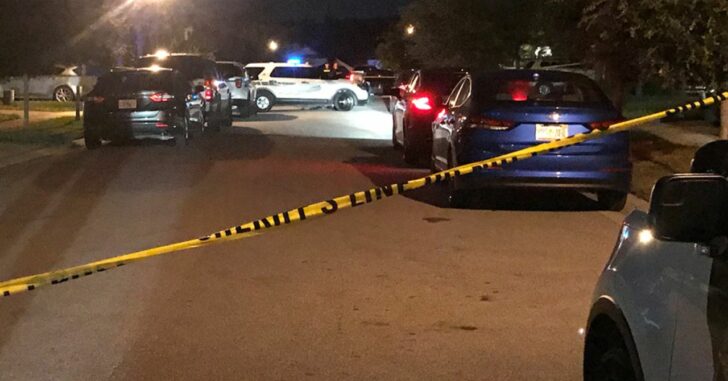 PASCO COUNTY, FLORIDA — A man who was mowing his lawn had heard screams for help coming from a neighbor’s house.

When he ran over, he found a woman trying to get multiple children to safety via a 2nd story window. The neighbor helped to get the kids safely out of the home, but he was then confronted by the threat they were all trying to flee from.

A man emerged from the home, armed with a gun. He pointed that gun at the neighbor and started to shoot. The neighbor, who was carrying a concealed handgun, fired back at the attacker.

The attacker was shot and killed. The armed citizen was not injured.

Nocco said deputies found blood in the house and the home was “in disarray.” Officials did not specify the severity of the domestic violence victim’s injuries or if she was hurt.

Hopefully, this woman and the children are safe and uninjured, now that the threat is over. Domestic violence is a serious and scary thing, and we’re happy to see that this particular neighbor, who chose to carry while mowing the lawn, was able to defend both himself and others from the domestic violence suspect.

Carry everywhere, even if you think you’ll never need it.