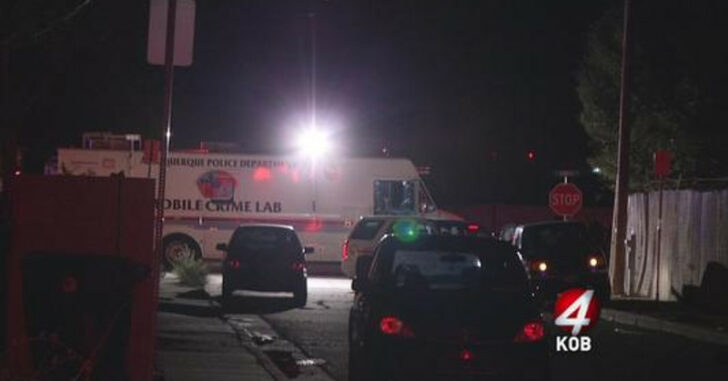 ALBUQUERQUE, NEW MEXICO — According to homicide detectives operating in the Albuquerque area, it was a busy weekend last weekend.  A lot of people kept on getting killed on their shift.  Well, looks like they’ll be adding two more — only these ones were home intruders.  Albuquerque police reported that one suspected home intruder died on the property and another made the trip to the hospital before perishing — all before 10 pm.  The homeowner is not being cited as a suspect in an investigation but is complying with police inquiry into the matter.

Neighbors, whom had lived in the area for near six years, reported that men had entered into the home of the victim.  According to one neighbor, when he saw men move into the house, he thought they were police.

“I heard somebody go in the house and I thought it was the cops, but after that, I heard the three shots and I dove on the ground because I didn’t know…” Anthony Duran, a neighbor of the victim, said to KOB-4.

Duran said him and his wife were amongst the first to check on their neighbor following an apparent exchange of gunfire.  After the gunfire took place, however, Duran said he heard crying coming from the other side.

“We just heard the gunshots and we…got curious because we heard somebody crying. So I climbed up on the stairs to look over the fence to see who was crying, if they needed some help.”

When Duran peeked his head over, he saw the homeowner and a woman standing there crying.

“There was a gentleman standing at the doorway and I said, ‘are you guys ok?'” Duran said to KOB-4. “And he said, ‘I had to shoot them…I didn’t want to shoot them, but they were breaking down my door…so I shot them,’ and he was crying.”

According to other witnesses in the area, the homeowner in question hadn’t seemingly engaged in any suspicious behavior and Duran said the home invasion was disturbing for a number of reasons – not least of which being the neighborhood traditionally had been considered quite safe.

However, two men rushing a house in the early hours of the evening seems exactly the opposite.  Thankfully, the homeowner was prepared.

Previous article: After Court Victory, FSU And USF Fans With Permits Can Take Firearms To Games... But No Further Than The Parking Lot Next article: Do You Carry At Home? Why It's ALWAYS A Good Idea...