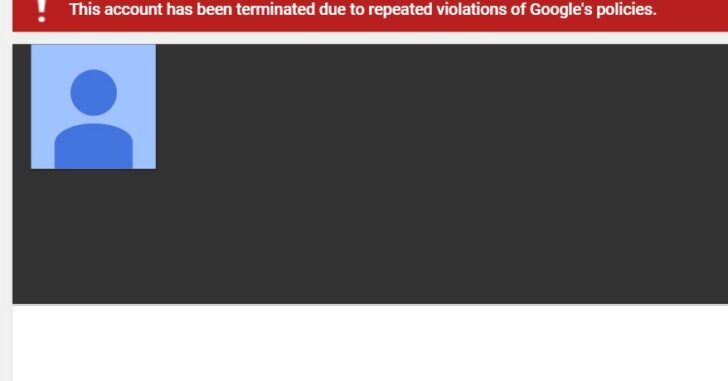 We’re BACK! It was a long scary morning. I really don’t know what I’d do if I were not able to inflict lame humor upon millions of shooting enthusiasts every week! Life is fragile, especially “virtual” life.

If you’ve tried to visit Hickok45’s YouTube channel in the not so distant past, you’ll quickly find the powers that be at Google have pulled the plug on his account. That’s right. The guy who teaches so many people about firearms and safety with firearms has been kicked to the curb.

Hickok45 released a statement on his Facebook page shortly after the unfortunate happening, saying:

Apparently, Google + is more sensitive about firearms related postings and such. I never use Google+ and did not even realize the videos were being posted over there, I guess. I will keep you posted via Facebook here and the Hickok45andson channel. I have communicated with YouTube via email this morning, and hopefully, we’ll be able to get the channel back up soon. I had just posted a new video.

ALSO: please stay tuned here and at the Hickok45andson channel on YouTube for any information. I cannot answer all the questions, of course, that are flowing in. I’ll just have to keep you updated here as we know anything. Appreciate all the expressions of support. Thanks.

We’ll be following this one closely, as Hickok45 is an absolute staple in the industry.