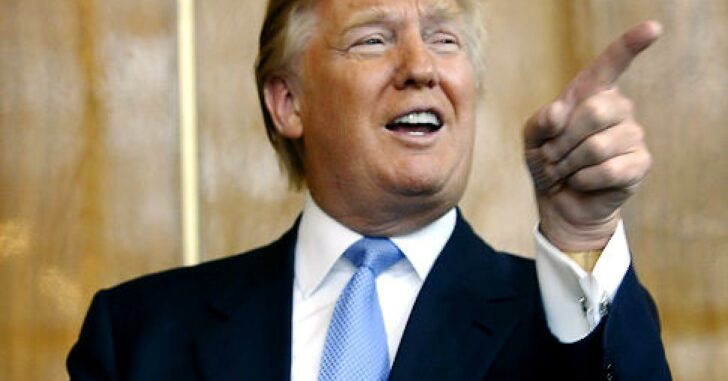 Here at Concealed Nation, we usually try to stay the heck away from partisan politics.  And it’s hard not to notice Donald Trump.  But recently, he tweeted that he would like to see an end to gun free zones – once and for all.  In that tweet, he cited the recent tragedy in Tennessee where four Marines and a Navy Petty Officer were killed in an attack on a recruitment center and a Naval reserve facility in Chattanooga.

Now that Trump is considered one of the top contenders for the Republican party in the 2016 Presidential Elections, would he truly live up to his word to oblige that?  If such federal law passed Congress and was enacted into law, it would mean concealed carriers everywhere would have almost unilateral freedom of movement.

This statement brings up more questions then it solves, though.  Is this another ploy to attract pro-gun voters or is it the real deal?

Trump International Hotel & Tower Chicago’s standing policy is to keep the tower a “gun free zone” according to a recent statement made from a manager of the hotel to ThinkProgress. During their research, ThinkProgress states that many other Trump properties are “gun free zones”.

ThinkProgress spoke with a number of hotels and golf courses in the Trump empire and found that multiple locations were gun-free zones, even for guests with concealed-carry permits.

“No, we don’t allow any firearms in the hotel,” a manager at Trump International Hotel & Tower Chicago told ThinkProgress over the phone.

Guns are also banned at Trump National Golf Club in Los Angeles. An employee at the course told ThinkProgress that “we don’t allow firearms on the property.” Asked whether that ban applies even to those with a concealed-carry permit, he said that “with a permit we still don’t allow firearms.”

The problem we’ve run into time and time again is that private property holders, in almost all states, have the right to designate who can and cannot carry a firearm or weapon onto their property.  It’s lead to endless debates about the merits of the 2nd Amendment and property owner’s rights.

Which is more supreme – the 2nd Amendment which affords our constitutional liberty to keep and bear arms or the rights of property owners?  That, my friends, is a very tough question to answer.  And especially in light of the recent theater shootings in the South, we’re running up against this issue more and more.

Do you know what I’d like to see from a presidential candidate?  A plan for national reciprocity.  If a candidate came out with a plan on how he would implement national reciprocity so that a concealed carrier could carry in all 50 states, I would listen to that guy (or gal?).

Until then, this statement appears to be full of hot air.  Abolishing “gun free zones” is a great thing.  But absent from an actual plan to make that happen (and the seemingly abundant “gun free zones” owned by Trump), I’m skeptical.