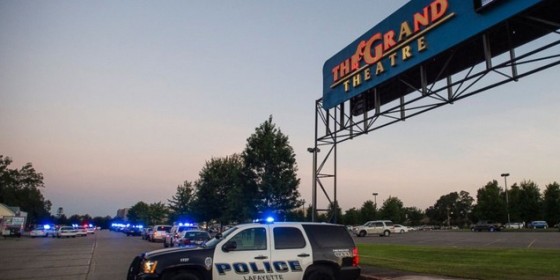 Update: At least 3 people are dead and 7 injured during the shooting. The gunman is said to be among the dead.

The gunman was described as a man in his 50’s. The shooting happened around 7:30 pm this evening and was confined to one theater.

LAFAYETTE, LOUISIANA — A shooting at the Grand Theater on Johnston Street in Lafayette is being reported by ABC News this evening.

As of right now, sources say that there appeared to be one shooter and also said there were multiple victims.

The Lafayette General Medical Center said that three people were brought to the hospital after being injured in the shooting.

Previous article: [VIDEO] Brian Fletcher Speaks With Ginny Simone From NRA News About His Upcoming Fight With New Jersey Next article: 10 Things You Should Never Do As A Concealed Carrier