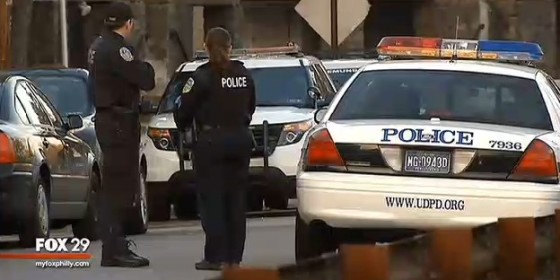 Here is a news report of an incident which took place in a public park outside of Philadelphia, PA yesterday. A 67 year old man was walking his dog when he was set upon by two suspects who demanded “Give me all you got!” One of the suspects had a gun in his hand. The intended victim struggled with the perpetrators, eventually drawing his own legally carried firearm and killing one of his attackers with a single shot to the head.

Police have not charged the man, who was said to have acted in self-defense. There are some important lessons to be learned from this story.

1. It is important to carry all day, every day. You never know when trouble will come to find you. The gentleman in the story had a Pennsylvania permit to carry, and was armed with a .38 caliber Smith & Wesson. He was walking his dog in a public park.

2. Criminals are like predatory animals. In this case, the perpetrators probably thought that the dog walker would be an easy target for a robbery, because he was 67 years old. Obviously, the robbers made a fatal error in the victim selection process.

3. One of the perpetrators got away. Even though the intended victim foiled the attempted robbery, he may be in danger of retribution. He should be extremely careful.

4. Even though the man was not charged with any crime, he may still be sued in civil court by the family of the deceased armed robber. Defense against such a lawsuit can be very stressful and ruinously expensive. Even if you win in the end, you may be left bankrupt. If you are serious about your personal defense, you will have retained the services of a competent attorney beforehand. If and when a shooting goes down, he will be only a phone call away. The NRA and some other organizations offer insurance coverage which will pay for your legal defense in the event that you use your legally carried firearm to protect your life of the lives of your loved ones. It is worthwhile to check this out.

Most of us who carry regard the use of our concealed firearm as a last resort. Clearly, the intended victim here was in mortal danger, as he was attacked by two younger perpetrators who intended to rob him. Even though the immediate threat to his life is over, the man may face other problems in the future as a consequence of defending himself. Although many do not think of it, it is important to prepare yourself for what may happen after you have successfully defended your life. Just as we practice to maintain our shooting skill, we must prepare for the aftermath of a defensive shooting. Stay safe.