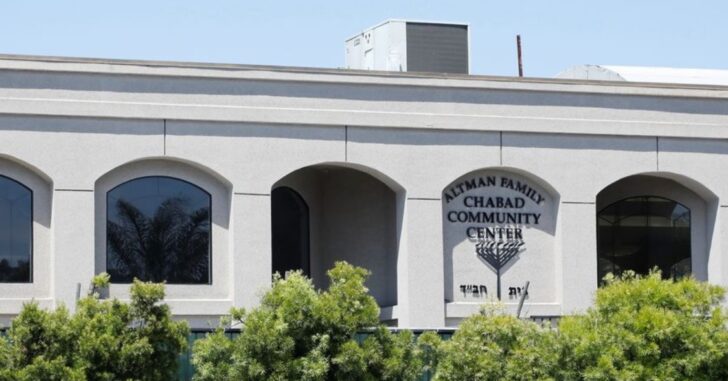 SAN DIEGO, CALIFORNIA — A California judge has ruled that victims and families of a 2019 shooting near San Diego can sue the manufacturer of the semiautomatic rifle, as well as the gun shop that sold the firearm. On Wednesday, July 8th, Superior Court Judge Kenneth Medel gave the victims and families in the Poway, California, synagogue shooting the approval to file lawsuits against firearm manufacturer Smith & Wesson and local firearm retailer San Diego Gun.

Federal legislation enacted in 2005 prevents firearm manufacturers from being held liable for damages when their products are used in crimes, with few exceptions. However, the law does allow lawsuits if the manufacturer was negligent or knowingly violated a state or federal law.

Medel, a registered Democrat who was appointed to the bench in 2010 by then Governor Schwarzenegger, said that the nation’s largest gunmaker knew that its AR-15-style rifle could be easily modified, in violation of California state law, into a machine-gun-like or an assault weapon.

Medel also gave the potential plaintiffs another avenue to sue, stating that they may also be able to bring suit based on claims that Smith & Wesson negligently and knowingly marketed the rifle to youths on social media and in video game-style ads.

Turning to the local level, Medel opened the door for victims to sue the retailer that sold the rifle to then 19-year-old John Earnest. Earnest was subject to the State’s requirement that a purchaser be at least 21 years old unless they possess a State-issued hunting license that would have allowed him to purchase a long gun legally.

Prosecutors contend that say Earnest opened fire with a semi-automatic rifle in April 2019, killing one person and wounding three others. He then called 911, confessed to the act, and surrendered to authorities a short time later. He currently faces federal hate crime charges, as well as state murder charges with a possible death sentence if found guilty.

The ruling resulted from a lawsuit filed by the Brady Campaign to Prevent Gun Violence, on behalf of the victims. Brady organization chief counsel Jon Lowy called the ruling “a victory for all Americans who believe that the gun industry is not above the law.”

Neither Smith and Wesson nor San Diego Gun have commented publicly on the ruling.