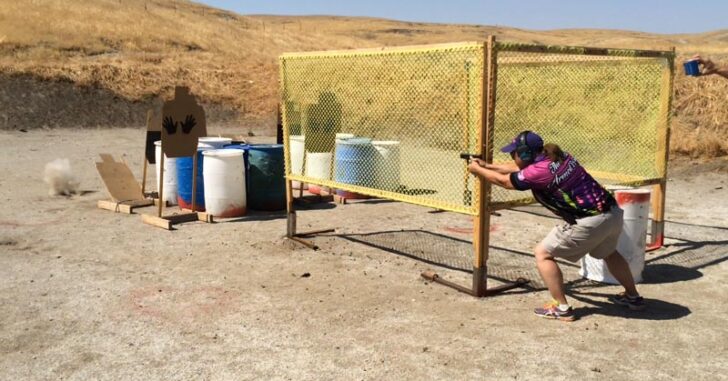 Scottsdale, AZ  – June 17, 2015 – The Well Armed Woman has launched a competitive shooting team, sponsoring six ladies from across the country.

Carrie Lightfoot, founder of the Well Armed Woman, is hopeful this team will be able to bridge the gap between women shooters and the predominantly male world of competition shooting.

“You see, nothing hones our defensive firearm skills better than competitive shooting. My desire is to help pave the way to remove the perceived hurdles of getting started and open the door for more women to get involved in competitive shooting”, Carrie says.  “To do that, this great team of ladies will be ambassadors and connect with women all over the country. They will introduce the different disciplines and show them just how fun it can be and that it is an option for ANY woman at ANY skill level.” Some of the national competition organizations are: The International Defensive Pistol Association  (IDPA)  United States Pistol Shooting Association (USPSA)

The ladies have already started competing, with Naomi Moss (shown left) shooting an IDPA match at 5 Dogs Shooting Range in Bakersfield, Ca where, despite the 105° temperatures, she placed 12th in her division and 2nd in her class. Karla and Shannan have also shot their first official matches as members of the team.

Carrie notes, “The purpose of The Well Armed Woman Shooting Team isn’t to win trophies, it is to spread the rewards and joys of training, and to encourage women to join in!”

You can find more information about the team and the shooters at http://thewellarmedwoman.com/women-and-guns/team-twaw/twaw-competitive-team or by following The Well Armed Woman Shooting Team on Facebook.

Previous article: Here Is The Same-sex Marriage Victory Speech, If It Were Written For A Constitutional Carry Victory Next article: Mom Brings Kids To Home Invasion - Ends Surprisingly Well