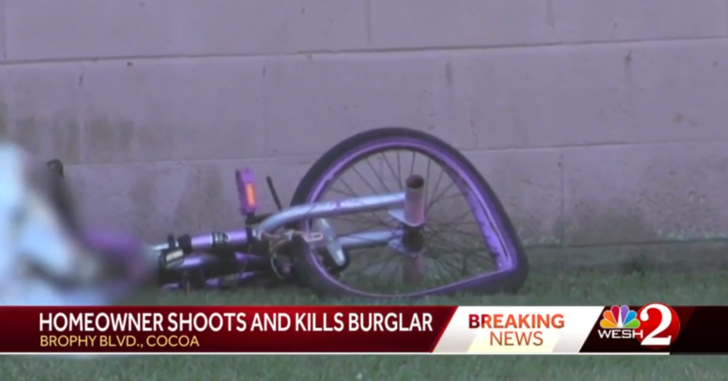 BREVARD COUNTY, FLORIDA — We’ve seen burglars and home invaders try all sorts of ways to enter a home, but this one is pretty unique. Instead of trying something stealthy or sneaky, these two burglars redefined the “smash and grab” attempt.

The Brevard County Sheriff’s Office said there may have been a second man involved in the attempted burglary but has not found anyone.

These two burglars just picked up a bicycle and used it to smash their way through a window. This seems like a poor decision if you wanted to break into a home without anyone noticing. Unfortunately, for the burglars, the homeowner noticed and quickly fired upon them with his gun.

One of the burglars were shot and killed, while the other fled the scene. There has been a rash of break-ins recently in the neighborhood. Witnesses have described two men as the culprits for the uptick in home burglaries.

If these were the same two men who have been terrorizing the neighborhood, that crime spree is about to come to an end. This is a great example about why it is important to carry even in your home. Police are not pressing charges against the homeowner, as it was an act of self defense.