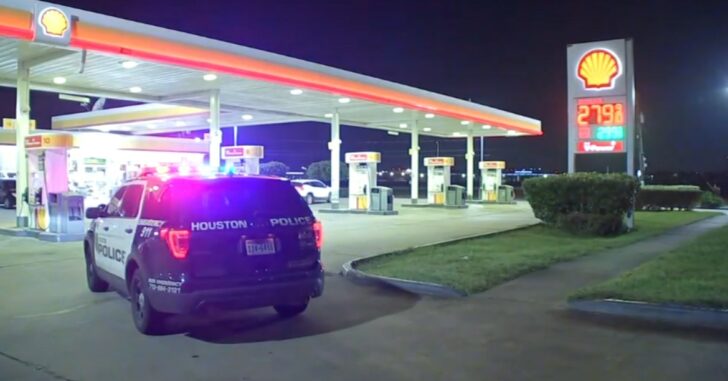 HOUSTON, TEXAS — An armed suspect was shot in the face after he tried to rob a man outside a convenience store just before 11 p.m. Wednesday. The man he was trying to rob was carrying a concealed firearm, and used that firearm to defend himself.

The concealed carrier fired a single shot, striking the armed robber in the face after he displayed a firearm and announced the robbery.

“Children walk to this store. People walk to the store with their kids and everything,” a witness said. “So that could have been any one of us.”

The customer who fired his gun was cooperating with police, and no charges are expected to be filed.

The robber was taken to the hospital for treatment and, surprisingly, is expected to survive.

Southeast officers were on a shooting at Airport Blvd and Monroe Rd. One patient was transported to an area hospital. #hounews CC9

If someone doesn’t take the life lesson of being shot in the face while committing armed robbery as a call to change their ways, I don’t think anything will. Hopefully he’ll get on the right track after recovery, but that’s to be determined.

As for the armed citizen, he quickly and effectively acted in order to defend his life. All too often we see these criminals shoot their victims for no reason at all, and that’s not a chance that this concealed carrier was willing to take.