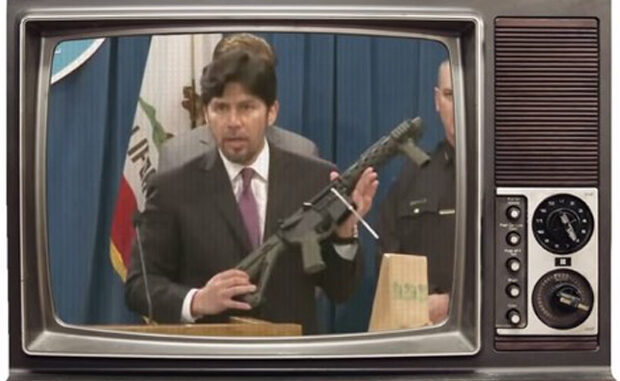 This is one of the best lists around, and it proves the point that many of the politicians who try to pass gun control measures, know very little about what they’re actually talking about. From magazine clips to a gun that can shoot “30 magazine clip in half a second” to promoting voluntary manslaughter, this list is something that these politicians should be ashamed of.

You may remember Vice President Joe Biden’s advice following a question about self-defense. His response was simple: get yourself a double-barreled shotgun and go outside, then shoot it to scare off the bad guys. There was actually a case where a man used the ‘Biden Defense’ and was found not guilty because of it. Or, take a look at this case where the guy was arrested for using Biden’s advice.

Or, you can get even more deadly with Biden’s advice and just simply shoot through your front door at something you believe to be a threat. This great advice is in the video above. Don’t even bother assessing the situation. Shoot first, ask questions later.

*LEGAL DISCLAIMER* The previous paragraph is not the advice of Concealed Nation, as we would never suggest such a ridiculous thing.

Previous article: Ohio Man Defends Himself With Gun After Being Attacked With Power Drills And Screw-Embedded Wood Next article: CYBER MONDAY Deals On Firearms And Accessories