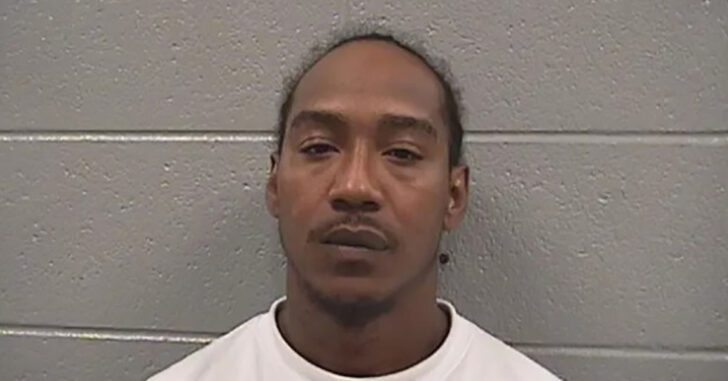 CHICAGO, ILLINOIS — Timmy Jordan is a convicted felon that was, at the time of the incident, being monitored electronically while weapons charges against him were pending. Now he’s in jail without bail after shooting 5 people over the weekend, killing 2.

Cook County prosecutors said late Friday night, some of Jordan’s neighbors were hosting a birthday party in the basement of their apartment building on the 100 block of North Pine Avenue. Jordan, who lives in the same building, also was in the basement at the time of the party, and around 2 a.m. Saturday, there was an argument when one of the women at the party thought someone called her “baby girl” and started swearing at people outside in the yard.

Jordan then started yelling, and said “this was his momma’s house, and he didn’t care how many n****s you got with you, you got to get going,” according to prosecutors.

Before those people could leave, Jordan pulled out a gun and fired 7-10 shots into the crowd standing along the driveway. One of the people he shot, 35-year-old Michael Mickey, had a concealed carry license, and was carrying a gun, which he pulled out after Jordan started shooting. Although he was mortally wounded, Mickey shot Jordan twice, according to prosecutors.

Jordan was found by police after the shooting, injured and with his gun laying next to him. He was taken to the hospital where he is in critical condition.

Jordan was out on bail on charges of aggravated unlawful use of a weapon. It seems that he easily obtained another firearm. How shocking.

This is definitely a guns saving lives story, as we see a concealed carrier fighting back and stopping the threat. It’s a terrible thing to hear that the armed citizen, along with another person, were shot and killed by Jordan. Had the armed citizen not acted in the manner in which he did, however, could have meant even more lives lost.

This is why we carry, but let’s not forget that the good guys don’t always walk away. This fellow concealed carrier paid the ultimate price, but saved lives in the process.

Previous article: As An Armed Citizen, I Can Only Hope To Have The Survival Instincts And Mindset Of These Officers Next article: 2 Armed Teens Tell Concealed Carrier To Empty His Pockets, But He Emptied His Magazine Instead