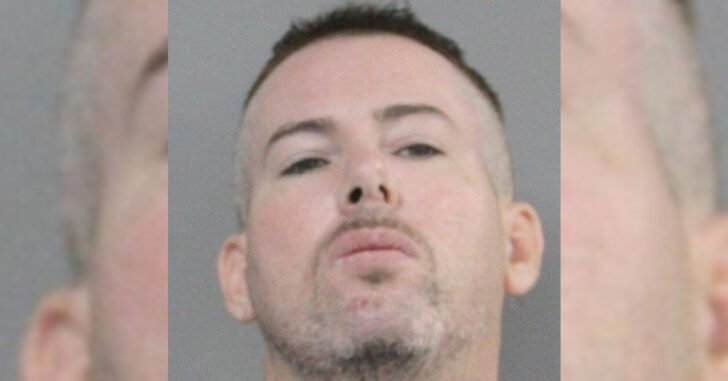 METAIRIE, LOUISIANA — A man with a machete is said to have walked into a convenience store and start to threaten one of the employees. You’ll find later on in the story that the man is anything but stable.

The blade-wielding suspect was later identified as Robert Merritt, 37, of Metairie. He was taken into custody after returning to the store while deputies were still investigating, a Jefferson Parish Sheriff’s Office arrest report said.

That’s your first clue right there. Merritt was only apprehended when he went back to the same location while police were there for the investigation. Not too bright.

Here’s what happened to get this all kicked off:

An employee told investigators the man later identified as Merritt approached him while he was outside the store, said Capt. Jason Rivarde, spokesman for the Sheriff’s Office.

At this point, an unidentified man inside the store drew a firearm that he had on his person. He pointed his gun at Merritt, who was now distracted. During this distraction, the employee took the machete away from Merritt and called 911.

Next, you’d think that Merritt would be held at gunpoint until police arrive, but that’s not at all what happened.

Instead, they let him go. With his machete.

Merritt allegedly told the employee he’d leave if given back his machete, according to Rivarde. The employee handed back the blade, and Merritt fled the store, dropping his wallet.

To end, police were on the scene and Merritt showed up. He was taken into custody after being tazed.

I’m trying to decide why the employee would give Merritt the machete back, because that simply doesn’t make sense at all. Why return the weapon to the bad guy, simply because he promised to leave once it was returned? I think it’s safe to say that Merritt was either a) on drugs, b) mentally unstable, or c) both.

The concealed carrier has not been identified, and it isn’t known if he holds a permit to carry a firearm.

Merritt was released the same day, due to overcrowding at the jail.

What a ride, and not much sense is made of anything done by most parties involved.