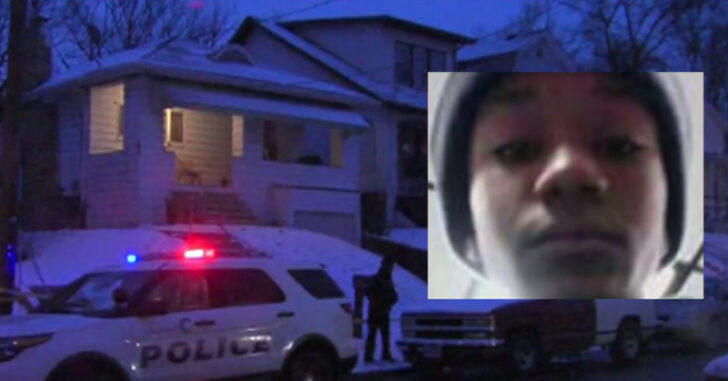 CINCINNATI, OHIO — A 14-year-old boy was shot and killed by his father after skipping school and attempting to break back into his home.  According to police reports, the boy’s father took him to the bus stop but the boy then evaded school and attempted to return home only to be mistaken for an intruder and killed.  His father is not expected to face charges related to the shooting but it’s pretty clear that there’s absolutely nothing a prosecutor could throw at him that will come close to the realization he just killed his own son.

“There is only one word for this — tragedy,” said Hamilton County Prosecutor Joe Deters Wednesday morning. “It is impossible to imagine how horrible this father must feel for mistaking his son for an intruder. All of the forensic evidence matches what the father told police, and, therefore, no charges are appropriate.”

This is every parent’s worst nightmare and all the more reason why we stress the absolute importance of ensuring you have properly identified your targets before pulling the trigger.  What exits the barrel of a firearm cannot be undone.

“I just shot my son by accident,” Mack’s father told a 911 operator. “He scared me. I thought he was in school. I heard noise and then I went downstairs looking. He jumped out at me. I shot him.”

And that’s why our finger stays off the trigger until we have identified our intended target.  Then, and only then, do we place our fingers on our collective triggers and make ready to send rounds down range.  Those rounds are designated for actual threats only — not for loud bumps heard around corners.

It would be easy to say, “hey, that kid jumped out and nearly gave his old man a heartattack — how stupid!”

That doesn’t address the reality.  It’s not the kid’s responsibility where that bullet goes — it’s the dad’s.  And unfortunately, tragically, this ended in a loss of life and the utter destruction of a family.  Let’s all take this as a reminder to never shoot through doors or anxiously keep our fingers on the trigger anticipating a target which may not arrive.

Previous article: Concealed Carry Permit Requirements In Lowell, MA: Write An Essay On Why They Should Be Granted A Permit Next article: New From Springfield Armory: XD-S Pistol With Crimson Trace Laserguard