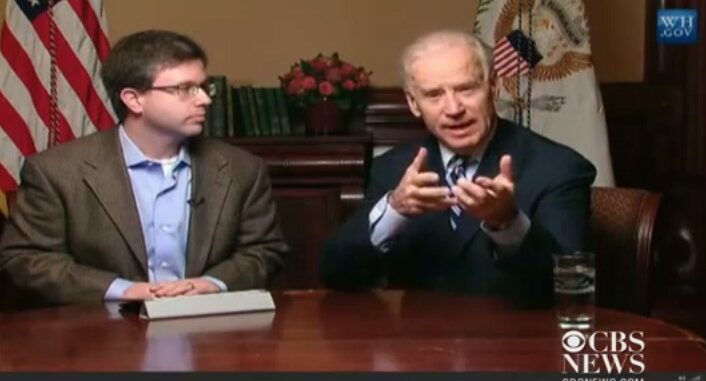 Remember last year during the gun talks on the federal level when Vice President Joe Biden gave his recommendation to ward off intruders by going on your porch and firing your shotgun in the air? Yea, I remember that gem as well.

Guess what? Someone used Biden’s recommendation as his defense… and the charges were dropped against him.

A man in Vancouver, WA shot his shotgun recklessly into the air last year when he thought that some people were trying to break into his vehicle.

Clark County’s prosecutor said Tuesday he will dismiss a firearms-related charge against a Vancouver man who said he was merely taking Vice President Joe Biden’s advice on how to defend his property from car prowlers. Instead, the man will be prosecuted for obstructing a police officer.

Jeffrey C. Barton, 53, made international news when he told journalists: “I did what Joe Biden told me to do. I went outside and fired my shotgun in the air.”

Since the charges have been dropped, this obviously won’t be going to trial. I almost wish it would though, just to see if the Biden defense would hold up in court. If it did, people across the nation would feel that they’d be free to shoot blindly into the air whenever they feel threatened, and that doesn’t sound safe.

This man got lucky, but it doesn’t change the fact that his actions were reckless.