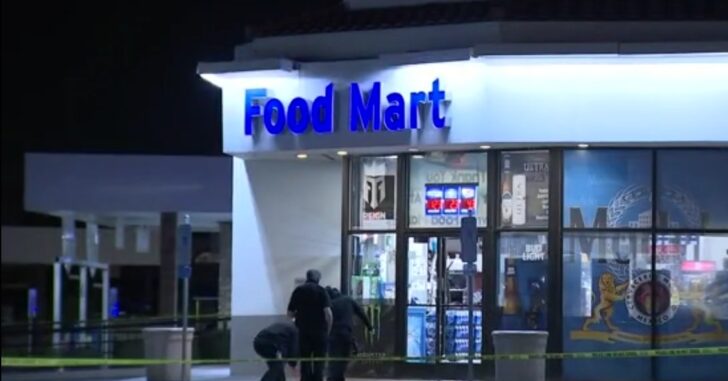 PHOENIX, ARIZONA – A man was fatally shot by a clerk after causing a disturbance in a gas station. According to Phoenix police, the shooting happened just after 11 p.m. on March 1st at a Chevron station near 44th Street and McDowell Road.

The man was in the store and was threatening to harm customers. Taking responsibility for the situation, the clerk attempted to intervene. With that, the troublemaker armed himself with a baton and attacked the clerk. Not to be outdone, and obviously in fear for his life, the clerk then shot his attacker.

The man was transported to a local hospital in critical condition, and then pronounced dead. Police have identified him as 35-year-old Andrew Agnew. The clerk remained on the scene following the shooting and the investigation is ongoing. It is not known if the clerk suffered any injuries, or if any charges are being considered by authorities.

While Arizona does not have any laws specifically titled “Stand Your Ground”, there is no duty to retreat before defending oneself. Any citizen who is in a place that they have a right to be and is not engaged in an unlawful act does not have to retreat before defending themselves against an attacker. Still yet, only proportional, and reasonable force can be used. I’m no judge, but I’d say the threat of getting beaten to death by an angry dude with a baton justifies lethal force…wouldn’t you?

Previous article: Intoxicated Man Shoots Into Neighbor's House And Is Wounded By Return Fire Next article: 69-Year-Old Concealed Carrier In Chicago Defends Himself Against Three Attackers