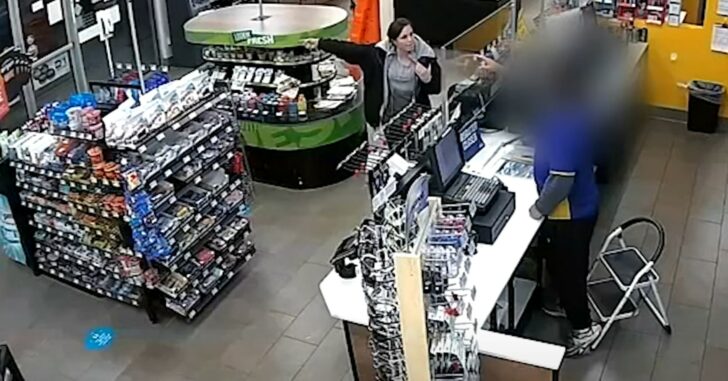 I thought the whole mask problem was over, but here we go again.

A woman at a gas station went inside to get a receipt, and the clerk refused to help her because his employer requires all customers to be wearing masks when inside the building. The woman was asked to leave multiple times by the clerk but refused to do so, and the clerk eventually grabs her by the shoulder and tries to escort her out.

She wasn’t having it, and the two finally wind up outside. As the clerk was going back into the store, the woman thought it was a good time to pull her gun out and point it at him, and making sure that he knew she was armed.

There are many things wrong in this real-life scenario, all of which could have been avoided if either one of them had called the police at the onset of the encounter. Or, you know, just put the stupid mask on. Policies are policies and if you don’t like a certain policy at a certain location, stop going there.

There’s a lot to learn. Give it a watch.