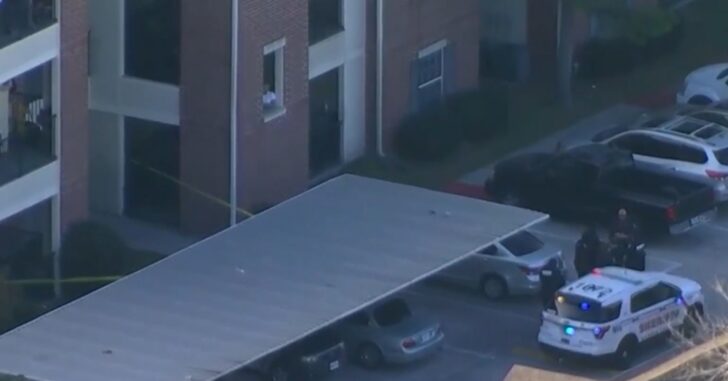 HOUSTON, TEXAS — Selfies are serious business to many in this day and age, and most go off without any problems. Posing with a gun you just found, however, isn’t the brightest idea.

And as a result, this teenager’s nephew was shot as she tried to get the perfect shot.

The Harris County Sheriff’s Office said the incident happened after the 19-year-old woman, later identified as Caitlyn Smith, found a gun in the apartment unit where she was watching her nephew.

According to authorities, she believed the gun was unloaded and began posing and taking pictures with it. It was during this time that the gun went off, hitting her 10-year-old nephew in the stomach.

The boy was taken to the hospital in serious condition but is expected to survive and make a recovery.

Smith was arrested and charged with injury to a child causing serious bodily injury.

While we have a teenager who obviously shouldn’t be in contact with a firearm, we also have the firearm’s owner who seemingly left it in an accessible place.

Maybe their son was versed in firearm safety and knew not to touch it, but having someone else at the house should be an indicator to keep all firearms in a safe place that can not be accessed by any unauthorized individuals.

And this teen is definitely considered an unauthorized individual.

I am sure she feels terrible for what happened, but lessons need to be learned from this one. Let’s hope she realizes the seriousness of her actions, and let’s hope the firearm owner is better with securing his or her tools.

Previous article: During Debate, Biden Says That 150 Million Americans Have Been Killed With Guns Since 2007 Next article: Tennessee Introduces Constitutional Carry Bill, Headed By Governor