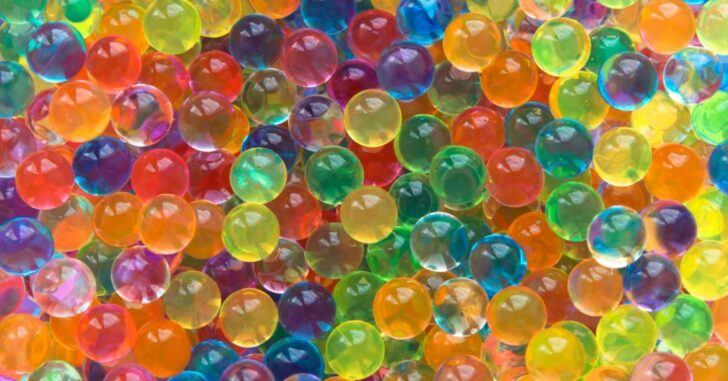 ANYTOWN, USA – The latest social media challenge is taking TikTok by storm and causing problems in many American communities. Police from Florida to California have responded to incidents in which children and adults have been shot in the Orbeez Challenge. Orbeez, marketed to children for several years, are tiny and super absorbent polymer beads which expands to many times it’s original size when mixed with water. In the latest challenge, they are used as projectiles, and shot from plastic guns.

While the gel beads are capable of bruising/breaking skin and causing serious damage if a victim is struck in the eyes, authorities fear that the craze can lead to more serious issues, such as car crashes when drivers are shot or the possibility of someone returning fire with a real firearm and real bullets.

On Wednesday, police in Deltona, Florida, arrested a 19-year-old who shot an Amazon delivery driver while he was driving his delivery vehicle, hitting him in the glasses and neck. The same suspect also shot another adult and a 10-year-old child in the face and chest. According to the Volusia County Sheriff, he has been charged with shooting into an occupied vehicle, child abuse and two counts of battery.

On the same day in the same city, individuals in a van went on an Orbeez shooting spree, resulting in three adults sustaining red welts and broken skin. Deputies charged an 18-year-old with battery and contributing to the delinquency of a minor, and his two 17-year-old accomplices were charged with battery. In another Deltona incident that day, several teens shooting at each other were involved in a car crash.

In Peachtree City, Georgia, a child riding his bike on a cart path was shot by teens using modified gel-beads which produce more serious injuries, leaving the child’s face bloody and impact injuries on his torso. An official there said, “In some cases, it could result in felony charges and parents could also be liable for the actions of their kids. Even just shooting these on city property (not at another person) is a violation of city ordinance.”

On Saturday, the Sarasota (FL) Police Department issued a Facebook post concerning an unconfirmed threat of victims being targeted at the Sarasota County Fair. Also on Saturday, a mother and her son were both shot in the face at a grocery store in Clinton, North Carolina by a teen who was part of a group of seven.

In Brookfield Township, Ohio, a group of teens drove through a neighborhood indiscriminately firing at people on the sidewalks. In Barrington, Illinois, a transgender high school student and his boyfriend were shot in front of their school by a group of teens who exited a vehicle with an Airsoft rifle. In Morgan Hill, California, two pedestrians were injured when they were shot from a passing vehicle.

In a statement to NPR, Spin Master, the manufacturer of Orbeez, said, “Children’s product safety is paramount at Spin Master, and we are committed to providing children and their families with the highest quality toys, games and activities. Spin Master does not manufacture or sell gel guns. It went on to say, “Orbeez are designed for educational, creative, and sensory play and are not intended to be used as projectiles or inserted in mechanisms.”

Previous article: 1 Dead, 24 Injured In Shooting At Arkansas Car Show, Children Among The Injured Next article: Man Shot In The Groin After Drawing From The Drop