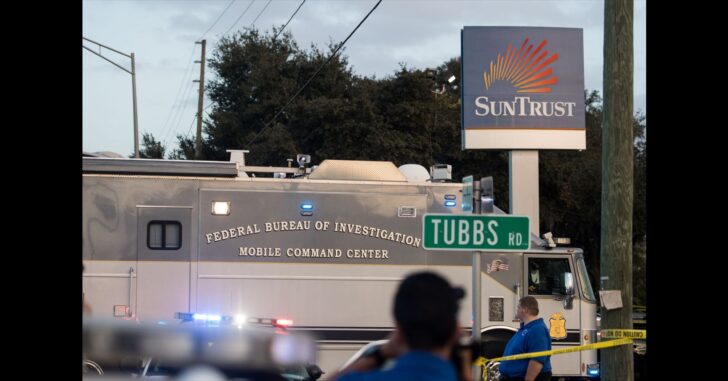 SEBRING, FLORIDA — A gunman opened fire inside a SunTrust branch in Florida on Wednesday, killing 5 people and injuring others.

The gunman was captured alive after negotiations and SWAT intervention. The motive for the attack is not yet known.

According to reports, the gunman walked into the branch and open fire. He is said to be a Sebring local.

Little is known about the gunman, but police are working to fit the pieces together in an effort to try and determine why he did what he did.

State officials confirmed late Wednesday he was hired in November 2018 to work as a correctional officer trainee at Avon Park Correctional Institution near the Avon Park Air Force Range. Patrick Manderfield, a spokesman for the agency, reported [the gunman] had no discipline while employed with the department, but resigned on Jan. 9. No explanation was given for the resignation, he said.

We’ll be updating this story when more information is available.

In the meantime, carry on and be aware of your surroundings. We carry firearms for a reason, and this is one of those reasons.