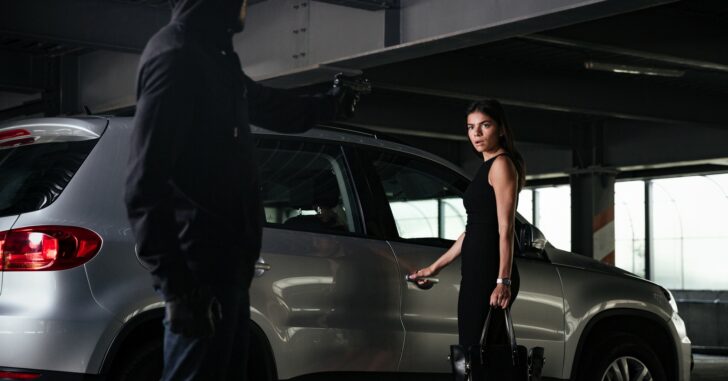 PHILADELPHIA, PENNSYLVANIA — U.S. Rep. Mary Gay Scanlon, D-Pa., was carjacked at gunpoint last Wednesday, following a meeting she had at a local park.

“Wednesday afternoon, at around 2:45 p.m., Congresswoman Scanlon was carjacked at gunpoint in FDR Park following a meeting at that location,” Scanlon’s office said in a statement. “The Congresswoman was physically unharmed. She thanks the Philadelphia Police Department for their swift response, and appreciates the efforts of both the Sergeant at Arms in D.C. and her local police department for coordinating with Philly PD to ensure her continued safety.”

Two black men between the ages of 20 and 30, approached Scanlon as she walked to her car. In addition to stealing her car, they also took her phone and purse.

We have seen too many lives taken and communities devastated by police brutality and racial profiling. Action is long overdue. @HouseDemocrats are fighting for REAL reform in our country’s police departments. #JusticeInPolicing pic.twitter.com/IS9n6LZXCg

Scanlon is one of 125 co-sponsors of the Mental Health Justice Act, which aimed to place some police officers as first responders with mental health specialists. All of the bill’s sponsors are Democrats. The bill’s text says its purpose is “To authorize the Secretary of Health and Human Services to award grants to States and political subdivisions of States to hire, employ, train, and dispatch mental health professionals to respond in lieu of law enforcement officers in emergencies involving one or more persons with a mental illness or an intellectual or developmental disability, and for other purposes.”

At the time the Mental Health Justice Act was introduced in February 2021, with Scanlon on board as one of its original co-sponsors, The Hill reported, “Congress wants to make it easier for state and local governments to defund the police by instead funding mental health services and empowering them to respond to emergency calls instead of armed officers.”

Above is a debate that will go on for some time, I’m sure, but removing police from potentially deadly situations will not result in safer streets.

Philadelphia has been plagued with crime this year, including a 13% increase in homicides.

Just 24 hours prior to Scanlon being carjacked, a Senate Majority Leader and her husband were carjacked in Illinois. That story ended a little differently, because her husband was armed.

Previous article: Insane Video Shows Motorcyclists And Driver Getting Into It, And It All Should Have Been Avoided Next article: Man Loses His Life Trying To Fight Back Against Armed Robber