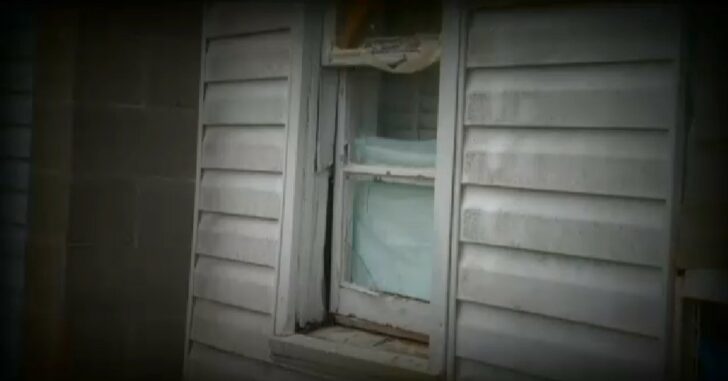 MCMINN COUNTY, TENNESSEE — A pregnant woman and her boyfriend found themselves face-to-face with an armed intruder who was hiding in their closet, and it turned into an armed standoff.

When the couple arrived home, they found that one of their windows had been broken. Apparently the couple already had firearms on them, and they entered the home and began moving room to room with their guns drawn. *Note: If you come up to your home and something is out of place –and there aren’t other people you know inside the home– it’s probably best to call police and have them clear the home instead.

When they got to one room, they noticed the closet door wasn’t quite closed. Not only that, the door was slowly opening with someone pointing a gun out.

That gun happens to belong to the woman, and the intruder had found it. Now, he was looking to use it against it’s very owner.

They recognized the gunman, hiding in the closet, as their own neighbor. Deputies identified him as 20-year-old Johnny Locke.

Webb, who is five months pregnant, said Locke had found her pink pistol. He was holding the couple at gunpoint and threatening their lives.

“He said he was gonna shoot me in the head and kill the baby if (my boyfriend) didn’t drop his gun, or he would kill Jonathan if I didn’t drop mine,” she said.

The couple refused to drop their guns, and called 911 instead.

While on the phone with the 911 operator, they told of the situation. The operator gave sound advice.

“(The dispatcher) said to stay on the phone,” Candise Webb explained. “Just keep your gun pointed. That way, if he shoots, you fire also.”

When police arrived, they tried negotiating with Locke. It didn’t work, and Locke ended up calling 911 himself, and then shortly after took his own life.

It was an all-too-real situation, but the couple and their unborn child made it out alright. What drove their neighbor to break in and then take his own life may never be known.