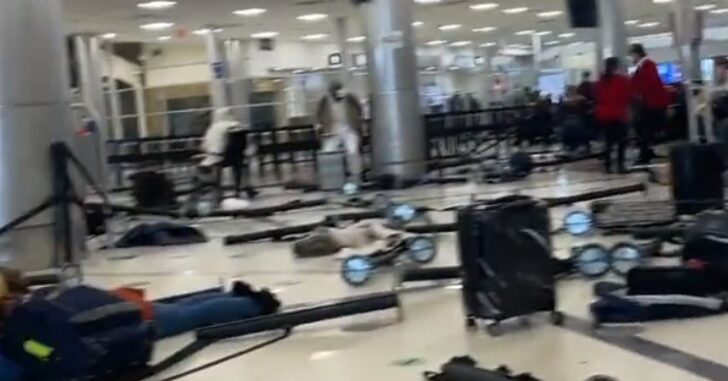 Anything to use to push an agenda, even if it doesn’t make a bit of sense, is what Shannon Watts loves to do. Last week, there was quite the scare at the Atlanta airport when a handgun was fired at the TSA checkpoint. The gun was discharged negligently by the owner (the illegal owner) when TSA found it on the scanner. The man quickly grabbed the handgun from his bag, negligently popped one off, and ran away. Successfully.

Shortly after, Watts takes to Twitter and blames a law passed in 2014 that allows the carrying of handguns inside the non-secure areas of airports in Georgia.

An unintentional gun discharge in the Atlanta airport caused mass panic today among passengers who thought there was an active shooter.

I hate to break it to Watts, but many states allow the carrying of firearms in non-secured areas of airports, by legal gun owners. That’s the key here. Legal Gun Owners.

And then, there are comments such as this one, from a person who just doesn’t understand the law.

No, you can’t bring a water bottle through security. YOU ALSO CAN’T BRING A GUN THROUGH SECURITY. How this concept isn’t grasped is beyond me.

The man in this incident was a felon in possession of a firearm, which is illegal. The law that was passed doesn’t magically give felons the right to carry firearms. What he did was illegal, stupid, and a product of criminal life.

In what world is this the NRA’s fault, or the fault of responsible gun owners? Watts world. That’s where.