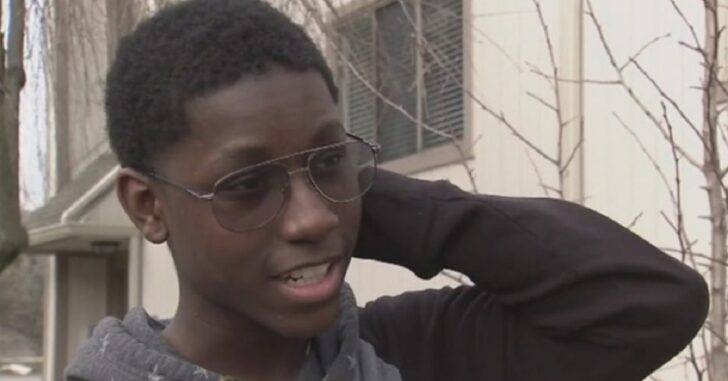 ROCHESTER HILLS, MI — A young man was shot at and could easily have been killed by a man so eager to suspect him of wrongdoing that anything remotely resembling the truth was cast aside Thursday, Fox Business reports.

Brennan Walker, 14, woke up late and missed the bus to school on Thursday — most of us did at some point as kids. Not to be deterred from going to school and without a phone, he went to a nearby home and knocked, hoping to get directions.

What happened next is an outrage.

“I got to the house, and I knocked on the lady’s door,” Walker said according to FOX 2 Detroit.

“Then she started yelling at me and she was like, ‘Why are you trying to break into my house?’ I was trying to explain to her that I was trying to get directions to Rochester High. And she kept yelling at me. Then the guy came downstairs, and he grabbed the gun, I saw it and started to run. And that’s when I heard the gunshot,” he recalled.

That gun was fired by Jeffrey Zeigler, 53.

Zeigler missed, and the teen was able to scramble for safety.

This isn’t the only time this man has been on the wrong side of the law. In 2004, Zeigler was charged “after shooting at a car in a road rage dispute on a Michigan highway,” according to Fox Business.

In other words, the man is just a bad apple, and his staggering irresponsibility and aggression almost cost a kid his life.

He has been arrested, of course.

“We are going to ask for every charge permissible for this guy, who stepped up and fired a shotgun because someone knocked on his door,” Oakland County Sheriff Michael Bouchard said according to Fox Business.

There’s so much wrong here that I’m not going to list the issues. Be smart about your home defense, folks, and if a kid is trying to stay in school, maybe give him a hand.