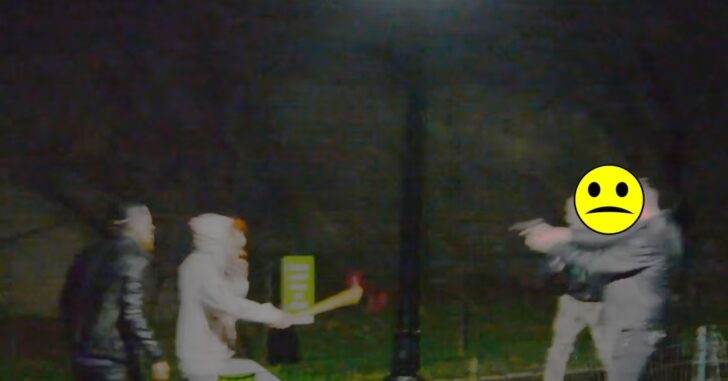 People will do nearly anything nowadays to get video hits, including stupid pranks in NYC that would justify the use of deadly force.

The video below is from a few years ago and whether or not the guy with the gun is in on the ‘prank’, it’s still a solid reminder of what not to do to pave your way to fame.

After the video was released, they received a lot of hate for what they did, and likely disabled the video comments as a direct result of this.

But, even though they were told by thousands that the prank was stupid, they kept the video up to keep the profit-generating machine alive. The purported armed guy shows up around the 2:25 mark.

IF the guy with the gun wasn’t in on the joke and actually caught off guard and drew in self-defense, it’s highly plausible that he is law enforcement. As this happened in NYC, we know full well that it’s nearly impossible for the average citizen to receive a concealed carry permit. Or, the guy could have been carrying illegally.

The takeaway for pranksters: Don’t do stupid pranks like this.

The takeaway for armed citizens: Read the situation as best as you possibly can, and make rational decisions from what you quickly gather.

Previous article: School Superintendent Becomes Police Officer So That She Can Carry A Firearm At School Next article: [HOLSTER REVIEW] Building on Excellence: The Osborn Holsters TacticalRig IWB + Mag