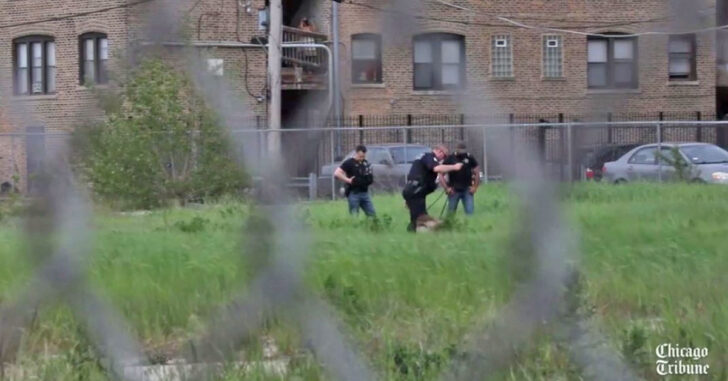 CHICAGO, IL — The family of a teenager who was killed while attempting to rob a salon is blaming the police for his death, according to the Chicago Tribune.

Rashad Well, 17, was one of two individuals who came into a hair salon and announced a robbery at approximately 1:40p.m. on Wednesday according to police.

Unfortunately for the would-be robbers, an off-duty Cooke County Sheriff’s deputy was in the salon.

She shot one of the robbers and the other fled.

The robber shot was Well.

Well’s mother was, understandably, beside herself with grief, still saying that the boy was coming home from school.

As the Chicago Tribune reports:

‘My baby was coming from school. I know he was. I dropped him off this morning. To go to school,’ she said.

‘So they shot the wrong person?’ A TV reporter asked during a brief interview with relatives who asked media to gather after yelling at police.

The family wasn’t ready to accept the death of Wells or, seemingly, that he had done something wrong. The Chicago Tribune reports that things devolved to a point that was beyond consolation or reasoning.

“Afterward, relatives yelled at police and reporters — for telling lies, for leaving the body on the ground, for having shot the boy in the first place, for locking up black men but not white men,” reported the Chicago Tribune.

There’s no judgment here. Losing a family member is hard, even if they did something horrible.