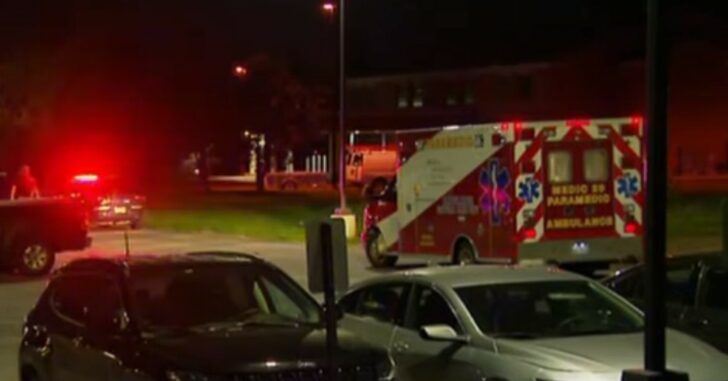 UPDATE 05/02/2021 @ 01:19 PM EST: Police say the suspect was “targeting a specific victim who was not there but he decided to still shoot some of the victim’s friends and coworkers.”

Two people were killed and another seriously injured.

The suspect was shot and killed by police.

GREEN BAY, WISCONSIN — An active shooter situation has ended with a suspect in custody, and it is reported that 7 people were shot during the incident.

The shooting happened at Oneida Casino, located in Ashwaubenon, which is a part of the Oneida Nation.

Details are very slim, as it’s very early on in the investigation.

Video from the location appears to show people running from the casino. What sounds like gunfire can be heard in the background.

This is the situation right now at the Oneida Casino in Green Bay. Reports of an active shooter. Avoid the area. (Video via @anneluty) pic.twitter.com/iMtnnYVyWK

The casinos in the area are said to be closing until further notice.

There is no word on the extent of injuries.

Previous article: 4 Thugs Try To Rob Man Pumping Gas, And He Hoses Them Down With The Flammable Liquid Next article: [BELT REVIEW] KORE Essentials EDC Belts Have You Covered, And Looking Good