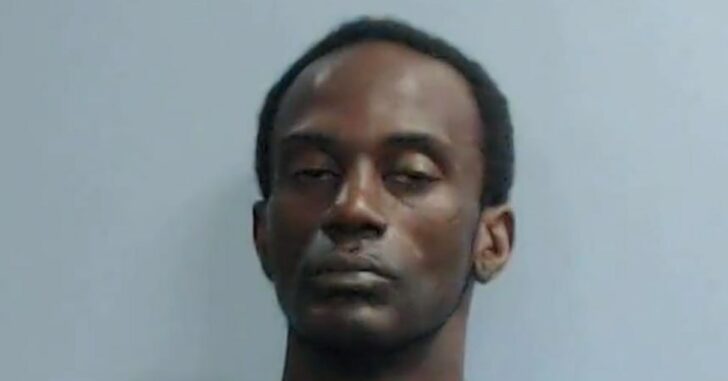 LEXINGTON, KENTUCY – A man is now behind bars after being shot during a burglary early Tuesday morning. A 911 call was received around 3:30 a.m. from a woman who reported shooting at a man who was breaking into her apartment in the 500 block of Hollow Creek Road, just off Russell Cave Road.

When police arrived, the man had fled the scene on foot.  Around 3:45 a.m., they were notified of a man who had walked into a hospital with a gunshot wound. They were able to determine that the wounded man seeking treatment was the man who broke into the woman’s dwelling at Caballo Crossings Apartments.

He was identified as 42-year-old Keith Jackson. After being treated for his injuries and released from the hospital, he was arrested and booked into the Fayette County Detention Center on charges of burglary and terroristic threatening. No mention of charges has been made with respect to the occupant who is believed to have fired in self-defense.

Police are investigating a reported break in and shooting at Caballo Crossings Apartments this morning. The victim told police she shot a man who broke into her apartment. That man ran off. We're continuing to follow this story and I'll have details throughout the day on @WKYT pic.twitter.com/H1GS4VnWSG

Kentucky is one of many states with a “Castle Doctrine” which gives citizens the right to use deadly force to protect themselves, others, and their property. It is based on the assumption that anyone entering a place of residence illegally is intent on harming or killing the occupants, and the occupants have no duty to retreat before using lethal force in self-defense.

Previous article: Multiple People Shot, Including Trooper, At Business In Bryan, Texas Next article: Woman Murdered After Meeting With Guy To Buy Fridge From Facebook Marketplace