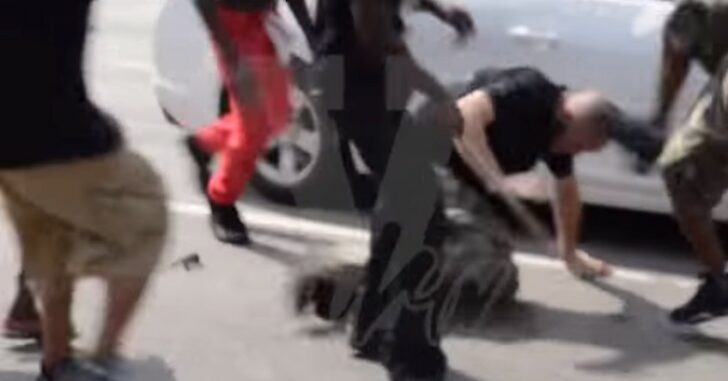 As we’ve all learned by now, the real reason for Dylann Roof’s massacre of nine innocent churchgoers in Charleston, South Carolina was the Confederate battle flag that no longer flies over the capitol. The decision to lower the banner for good has predictably provoked protest by both supporters anddetractors. And a number of flag-waivers have been set upon by groups of angry blacks who now consider waving the stars and bars on par with shouting the ‘N’ word in public. If you came upon a scene like the one in the video above — an anti-Confederate crowd beating a reported KKK protester — would you draw your weapon to defend the victim?