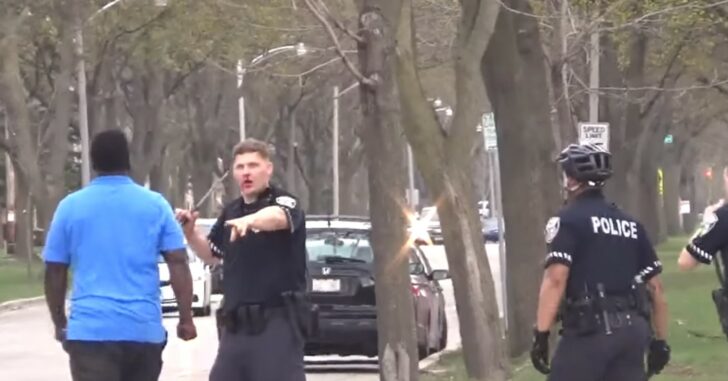 MILWAUKEE, WISCONSIN — Police sometimes get a bad rap for using what some people say is too much force on people they are trying to apprehend, but we don’t always seen what was actually going on in the moment.

The video below shows just how troublesome and difficult people can make it for police, and this instance shows the police clearly being attacked by one man. At least one officer is clearly bleeding from the encounter. Give it a watch:

Batons and mace seemed to have little effect on this man, but the police still showed restraint with their firearms. They didn’t do anything wrong as far as I’m concerned.

Then, a crowd congregates and all sorts of things are being said. It doesn’t really matter because most of them weren’t there to witness the attack, but after they watch this video, maybe they’ll see that the officers did their duty and successfully gained control over the difficult situation without firing a shot.

If this were an armed citizen who had a similar encounter with this man, it would likely be ruled self-defense if that citizen fired on him. This is a clearly large and strong man, and he would have given most people a difficult fight to win.

Previous article: Mother Fatally Shoots Son As He Was Choking His Sister Next article: VETOED: Oklahoma Governor Says No To Constitutional Carry