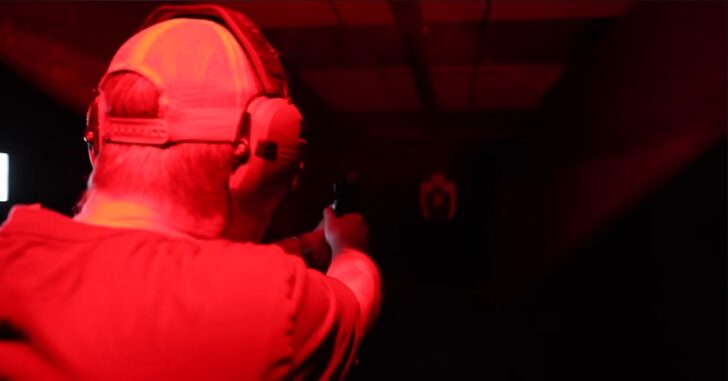 YouTuber The Collector has a thing for firearms, and he recently took it to the next level with an indoor range to rival any you’ve ever seen.

It’s not even a run-of-the-mill range. It’s as bougie as imaginable.

He’s nearly sound-proofed it so he doesn’t inconvenience his wife (wise man).

He’s got touch screens instead of dongles for the targets.

He even has light and sound scenarios he can practice with. In the video below, he simulates police lights and has the target move steadily move toward him.

It’s insane. Check it out below:

It’s a wonder nothing like this has never shown up on “My Lottery Dream Home.”