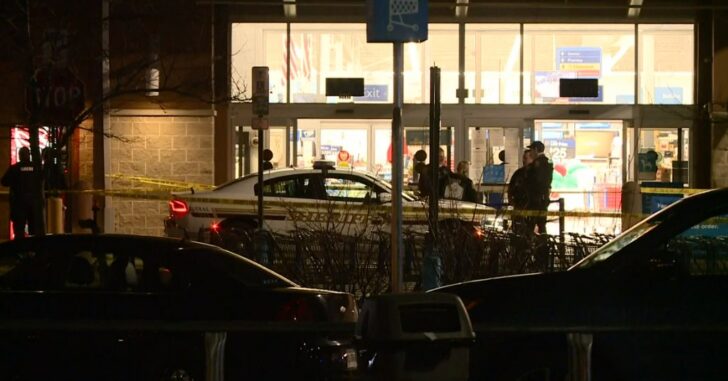 STERLING, VIRGINIA – A suspected shoplifter was arrested after shooting two Walmart employees and a Loudoun County Sheriff’s deputy on January 2nd. Police were called to the Dulles Crossing Plaza in Sterling in reference to a shoplifting incident.

The man was confronted by two civilian Walmart loss prevention officers who suspected him of shoplifting merchandise from the retailer. Two deputies arrived on the scene and were attempting to take the man into custody when he began to resist them. During the struggle, he pulled out a gun and fired multiple rounds.

Both Walmart employees and one of the deputies were struck by bullets as the suspect escaped and fled in a stolen vehicle.  He was taken into custody without incident several hours later.

LCSO Public Information Officer Kraig Troxell said that all three shooting victims were transported to a hospital for treatment of what he described as serious but none-life-threatening injuries.

We often think of shoplifting as a non-violent crime, but as this incident shows, the propensity for violence of someone committing property crimes cannot be underestimated. Shooting at the Walmart employees before the deputies arrived would have been one thing…but to open fire on the employees and two armed law enforcement officers takes what would have been a misdemeanor well into the territory of felonies and extreme stupidity.