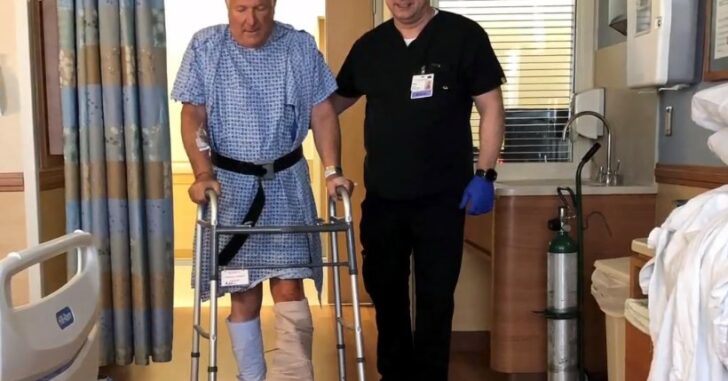 We’ve talked about this before, and since then Sig Sauer has announced a voluntary recall for their P320 model. The latest incident comes from a reserve officer with the Tampa Police, who says he had an unintentional discharge while at a baseball game.

Last February, Bob Northrop was working an extra duty assignment as a TPD Reserve Officer patrolling Jefferson High School during a baseball game. Northrop says he was standing just feet from students and their families when his hand brushed his holstered service weapon.

“And the very second I touched the gun, it discharged,” Northrop said. “I tried to take another step and I couldn’t.”

Dropping a gun verses brushing the gun is an entirely different thing. I’m not sure how a gun could go off if you simply have your hand bush your holstered firearm. The drop tests below, I get.

A few dozen P320 owners have filed suit over the years. What will the ultimate outcome be? It seems for now, Sig Sauer isn’t going to issue a mandatory recall. Could that, should that change over time?

Previous article: Man Fatally Shoots His Father After Witnessing One Attack Too Many On His Mother Next article: Grandma Saves The Day With Her Shotgun