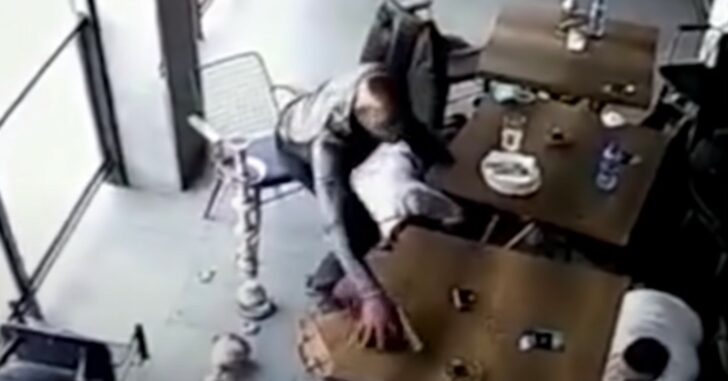 This could possibly be a Guns Saving Lives story, because the bad guy’s negligent discharge made him run for the hills after he likely thought he was being shot at.

This whole cluster**** started because of a Rolex, and the bad guys wanted it. Bad.

They come in armed, and their victims are complying. Laying phones on the table tops, the bad guys scoop them up while waiting for the Rolex to be handed over. Then, one of the bad guys reaches for an item to pick up off the table and has a negligent discharge.

He scared himself away from the scene of the crime.

Thankfully, no one was injured.