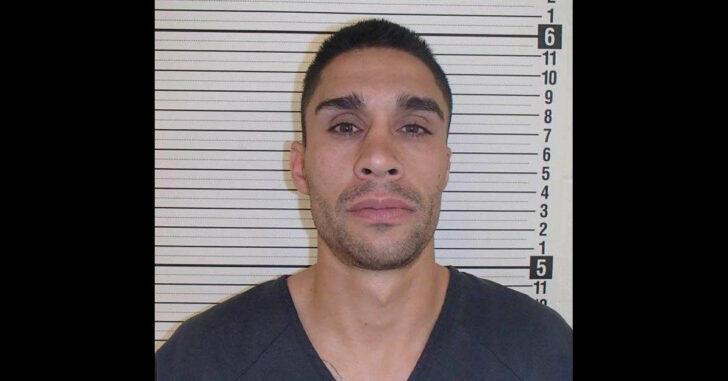 TAOS, NEW MEXICO — At about 4:30 am, a homeowner got the surprise of a lifetime when he heard the glass on his backdoor getting smashed in by a crowbar. Leaving his wife in bed, he got his .38 special revolver and headed down to investigate by aid of a flashlight. When he got to the end of the hallway, he saw 30-year-old Yvon Juteau standing there, crowbar in hand, threatening him. The homeowner did the natural thing and shot Juteau in the face.

Unfortunately, the story doesn’t end there. Juteau, a man with a criminal record spanning back to his juvenile years and including multiple assaults, battery, threatening police officers, and the sort of record that seems too impossibly stupid to have survived, survived the gunshot to the face and escaped through the broken glass door from whence he came.

Police confronted him and, true to form, he resisted. Taos is not a big place in New Mexico and police are generally short staffed. As the Taos News reported, a Taos police officer used his taser to subdue Juteau so he could take him to the hospital. And Juteau still fought on!

This man has an absolute dearth of any and all sense and likely makes up a serial offender mentality that is beyond the scope of any civilized society to handle. The homeowner, thankfully, was safe because he took the threat seriously. He approached the area with caution, used a flashlight, and when Juteau exhibited signs of intending further violence, used his firearm to neutralize the bad guy. And there’s no confusing it — Juteau definitely appears to be your quintessential bad guy.

There are a litany of prior offenses under Juteau’s belt — including prior incidences of breaking and entering into other people’s homes. He had to be flown to Albuquerque for special surgery on account of his gunshot wound to the face. Taos Police Department, again short staffed and undermanned, had to get a judge to sign a special release so they could send officers down to escort Juteau. Juteau pretty much fought the entire way down there. It’s a true shame he couldn’t have fought his way out of the helicopter at 1,200 feet. But that story — the story of how Juteau receives critical medical care — is not nearly as relevant as how the homeowner correctly handled the breaking and entering scene.

The homeowner’s wife called the police and he used proper technique to ensure his home and his family were safe. This is the best any of us can hope for — especially when dealing with committed serial offenders who have absolutely no regard whatsoever for the law.

Juteau will likely do some inconsequential amount of time behind bars once everything is resolved and will likely have learned absolutely no lessons from his actions. That’s the way of things, apparently. So for those of us who sleep with a gun next to the bed, the Juteaus of the world will be watching and waiting. We must be ready for them when they arrive.

Previous article: #DIGTHERIG - This Guy, His Wife, And Their Glock 19, S&W M&P Shield 40, Ruger SR9c and Ruger LC9s in StealthGearUSA Holsters Next article: Suspects Try Robbing Liquor Store, But The Clerk Had Other Ideas