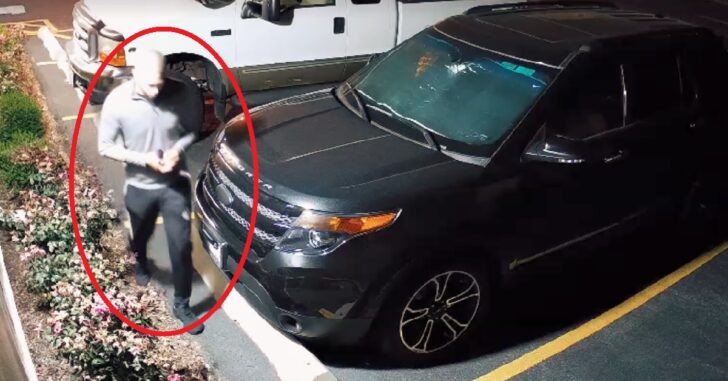 AURORA, IL — When one man was attacked at his place of business earlier this month by a man wielding a piece of pipe, he felt that it was necessary to defend his life with deadly force.

However, when he produced it, he couldn’t hold on to it. The suspect grabbed it from him, and it’s a miracle he survived.

(P)olice say that a male suspect armed with a pipe attacked a 59 year-old man working inside of a business. The incident happened around 10:40 p.m. on Saturday in the 900 block of S. Lake St., which is kitty corner to Jericho Rd. on the city’s West Side. According to a post from police, the victim fought back and the two struggled during the incident.

Police say the victim produced a handgun he had in one of his pants pockets, however, the suspect grabbed it and the gun went off with a round hitting the ceiling. The suspect eventually gained control of the gun and ran from the store. The victim received minor injuries during the struggle and police say he refused medical attention. Police are searching for a male subject and they have released video of the suspect who appears to be wearing a gray sweatshirt with black sweat pants.

And here is that video, for any Illinois natives:

We’re looking for information as to the identity of the subject in this video. Our detectives would like to speak with him about a robbery that occurred during the evening hours of June 30th in the 900 block of S. Lake St.If you know anything or are able to help us out, please call APD Investigations at (630) 256-5500 or Crime Stoppers at (630) 892-1000.

Folks, if you’re going to carry a concealed firearm, make sure you have the training and ability to retain control of said firearm — that can include hand-to-hand training, training on holding the handgun firmly, or even just making sure you’re drawing your firearm properly. That’s not said out of judgment. It’s hard to keep your cool in a life-and-death situation.

But in this case, not only did the suspect acquire the firearm out of the situation, making attacks carried out by him down the line potentially all deadly, but the man attacked here really should be thankful he’s alive.

Previous article: Academy Sports Fires Manager Who Stopped Gun Thief From Getting Away Next article: Poll Tells Us That "Smart" Guns Would Cost Thousands Of Lives