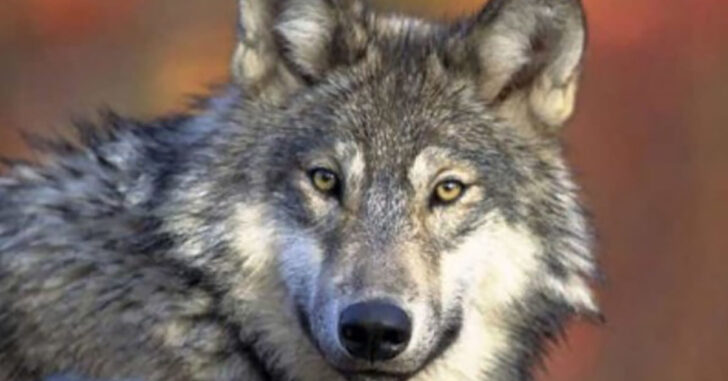 COLVILLE, WASHINGTON — The Stevens County Sheriff’s Department received a call on October 7th from a man who reported shooting one of many wolves that had surrounded him and were displaying signs of aggressiveness.

The incident occurred around 6:30 p.m.near Rocky Creek Road as the man was walking through a wooded area to check his trail cameras. While in a tall grassy area, the man noticed multiple wolves in front of him. As he began a slow retreat in the opposite direction, he saw more wolves flanking him.

After yelling at the wolves to disperse them, they refused to move and bared their teeth at him. Armed at the time, the man shot and killed one of the more aggressive young males, which caused the other animals to retreat enough that the man could escape.

Sheriff Brad Manke provided details of the incident saying, “The man called us as soon as he managed to get back to a place where he had cell service, and the incident was investigated by the county’s wildlife conflict specialist, Jeff Flood, and the state Department of Fish and Game. Investigators went to the scene and found the dead wolf. From the evidence, they confirmed the man’s story and determined that he acted completely within the law because he was threatened.”

Hunting the gray wolf is illegal, as it is an endangered species and protected by law; however, an emergency rule allows a person to use deadly force against the animal to prevent an imminent attack to himself, his family or domestic animals.

The man’s identity was not released to protect him from potential retaliation from human advocates of the wolves.  Sheriff Manke added for clarity, “We believe that no crime was committed in this case whatsoever.”

WDFW public information officer Staci Lehman stated, “He didn’t do anything wrong. He did everything by the book, including immediately notifying us as soon as he could.”. She added that there are over 100 known wolves in over 2 dozen known packs, along with cougars and bears who also inhabit Northeastern Washington. “We don’t have many of these kinds of encounters, but they do happen. If a person is comfortable and competent with a firearm, I would absolutely encourage them to carry one when they go into the woods.”

Previous article: The BEST Full Size Semi-Auto Handguns on the Market - VIDEO Next article: 3-Year-Old Boy Finds Unsecured Gun in His Home and Fatally Shoots Himself