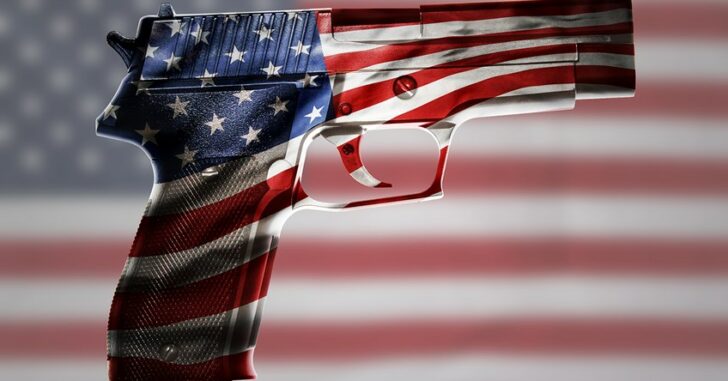 A poll was taken on Twitter, asking respondents to answer if they would or would not arm themselves.  The poll results were tallied by 44 Sinclair stations placed around the country.  Out of the 5,000 respondents, 74% said they would arm themselves for protection according to News 4.

That’s amazing.  It’s like asking 5,000 people, “if someone was about to punch you in the face, would you move out of the way of the fist?”

Apparently, 74% would.  A remaining 26% would be like, “nah, I trust the police will arrive eventually.  Plus, that dude is putting so much effort behind that punch…  He must really want this.”

The news source tied this article to other polls talking about how Americans want or don’t want to get guns and protect themselves and then used that as a segue to talk about how President Obama wants to enact gun control legislation and, failing to do that, won’t rule out taking unilateral tyrant-level action to make life even more complicated for law-abiding citizens looking to affordably and reliably protect themselves… You know, what people do when they can’t afford a multi-billion dollar branch of the federal government to protect them individually.

Attempting to quell the public’s fear, President Barack Obama said in an interview this weekend that ISIS “is not an organization that can destroy the United States.”

Obama validated the concerns of many Americans, saying he understand why people are worried, but he noted that the most damage ISIS can do “is if they start changing how we live and what our values are.”

Like our values like not having our liquids and aerosols tossed in a big trash can for absolutely no reason whatsoever? Let’s keep this going for a bit.  ISIS, the new flavor of the week in terms of threats, is now the impetus for us to have to reneg on more of our constitutional rights?

He expressed that part of his last year in office will be spent making sure Americans remember, “who we are and make sure that our resilience, our values, our unity are maintained.”

“If we do that, then ISIL will be defeated.”

How about not needing to do any of that and just leaving all our guns alone?  How’s that for a possibility?  What are the chances you can just finish your term in office?  Is that too much to ask?

Look, I’m not against Obama.  Really.  I have nothing against him as a human being.  I just think the idea of “if we listen to me and do what I say, ISIL won’t win.”

That’s not how America works. ISIL hasn’t won.  They’re not winning.  Despite the publicity surrounding the attacks attributed to ISIL, they have yet to impact as significantly as the threat of legislation which will make it invariably harder to obtain and use firearms in the lawful protection of ourselves, our family, and our property — you know, what sort of makes us American in the first place.

Ever since this “War on Terror” has kicked off, it’s been used as a giant umbrella to give us a mass-surveillance state where simple liberties like the right not to have our communications unlawfully intercepted (without a court-ordered warrant), our right to a fair and speedy trial, and a number of other rights have gone just straight out of the window.  And the Second Amendment isn’t immune!  Now we’ve got amorphous “Terrorist Watchlists” which, as we’ve described in previous articles, can literally mean anyone for any reason.

So, let’s bring this back to self-defense and the 74% of 5,000 respondents on Twitter who said they’d arm themselves for protection.

You know what will be even better than that?

I’d like to see us all take training a lot more seriously.  I mean, seriously make this place one unsavory, hostile environment for people wishing to spread ill will and violence on innocent folks just trying to get through the day.  Don’t leave it up to G-Men or any unilateral executive order — make the people stronger first.

The second thing I’d like to see is more people being armed everyday.

And the third, obviously, is national reciprocity.

In the meantime, it’s good to see people want to take arming themselves seriously.  Now, how many will actually follow through?

What are your thoughts?  Tell us in the comments section below.

Previous article: A Plan To Remove VA Governor's Armed Detail In Response To His Concealed Carry Reciprocity Move Next article: #DIGTHERIG - Vagh and his Glock 19 or Ruger LCR