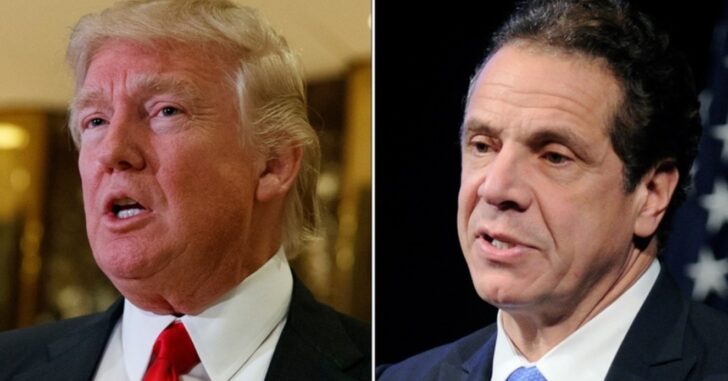 President Trump had a stern warning for officials in cities who he says are allowing protests and riots to go unchecked, causing chaos and destruction.

In a tweet late Wednesday, Trump made the threat of federal defunding very clear.

My Administration will do everything in its power to prevent weak mayors and lawless cities from taking Federal dollars while they let anarchists harm people, burn buildings, and ruin lives and businesses. We’re putting them on notice today. @RussVought45

The Governor of New York, Andrew Cuomo, had some things to say in response to the President’s message.

The New York governor said those who know Trump best are the ones who like him least.

“Look, the best thing he did for New York City was leave,” Cuomo said. “Good riddance, let him go to Florida, be careful not to get COVID.”

After covering the protests and riots for months, I’ve seen what goes on and how out of control things have been on many nights. Many of you have been following along as well, and there are many nights while watching and we think; How can this be happening?

Cuomo, for one, doesn’t seem concerned. He added;

“As far as this statement he’s going to stop funding for New York City, he is not a king, he thinks he’s a king but he’s not, he’s a president and there is a constitution and there are laws, nothing that he knows anything about but the federal budget is appropriated by law with conditions of funding by law,” Cuomo said. “The statutes contain the funding conditions and he can’t override the law. I suspect it’s more of a political statement that he’s making than anything else.”

One thing is for sure; Most watching what’s going on are for protesting, but not rioting. In the cities where the messes were cleaned up, they’ve continued to stay clean. Let’s see what the problem cities decide to do.

Previous article: Intruder Shot Dead By Accomplice After Being Confronted By Armed Residents During Home Invasion Next article: Why We Carry: Woman Set On Fire While Walking Her Dog In Unprovoked Attack