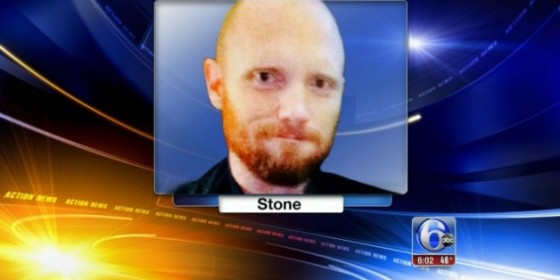 The man who called police to report the carjacking was not telling the truth. Read the update here.

Police have released a Press Release regarding the incident last night. To summarize, they found no evidence of Stone being at the scene but continue to investigate and ask people in the area to remain vigilant.

A manhunt is underway in Pennsylvania after a man, Bradley William Stone, 35, is wanted for killing his ex-wife and five others earlier today.

During the search, police got a call from a ‘victim’ of an attempted carjacking. When police arrived, the ‘victim’ told them that the man resembled Stone.

The man, armed with a knife, demanded car keys from a man who was walking his dog. His supposed victim was carrying a gun, however, and shot at him, police said.

There is no word if Stone was hit by any of the shots, but this armed citizen successfully stopped Stone from getting away in a vehicle.