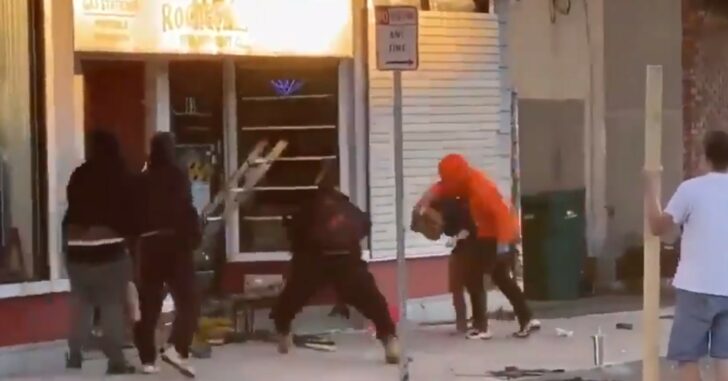 This is where armed citizens come into play. Or at least they should.

A couple, reported as business owners of a hardware store, found themselves under attack while trying to protect their business from rioters.

The video is below, and shows the altercation. Graphic warning.

If we are able to determine the condition of the couple, we will update it here. The video cuts out rather abruptly in the end, while they are still being attacked.

Another video has surfaced that shows the attack from the opposite angle:

There was absolutely no reason for this attack, other than these rioters being opportunistic under the grave circumstances. It’s a sad world at the moment, but one thing remains constant: Armed citizens, while not in this particular case, have been defending themselves and their businesses during these riots.

Imagine how fast this encounter would have been over if the husband understood the 2nd amendment and walked out with his AR-15?

Make no mistake, these attacks are not over. They will continue to go after innocent people who are simply trying to stay out of it while at the same time defending themselves as best they can.