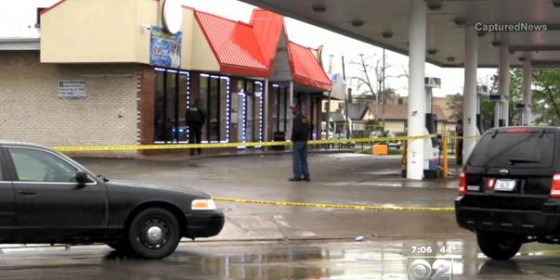 HARVEY, ILLINOIS — A 17-year-old was killed in a gas station shooting, and his mother seriously wounded. Police say that the two got in an argument with the shooter, and that they all knew each other. Police believe that they were targeted by the shooter.

At least 5 other people were in the immediate location of the shooting, as seen in the surveillance video above.

A man posted a comment on the above video, stating that he is one of the people in the video:

Who knows what would have happened if an armed citizen had been there, or if they would have even had time to react, but it’s a sobering reminder of just how quickly lives can change. This entire incident was over in seconds.

Previous article: Man At Astro's Game Catches Foul Ball And Flashes His Concealed Firearm To The World Next article: California Tries To Reneg On Campus CCW