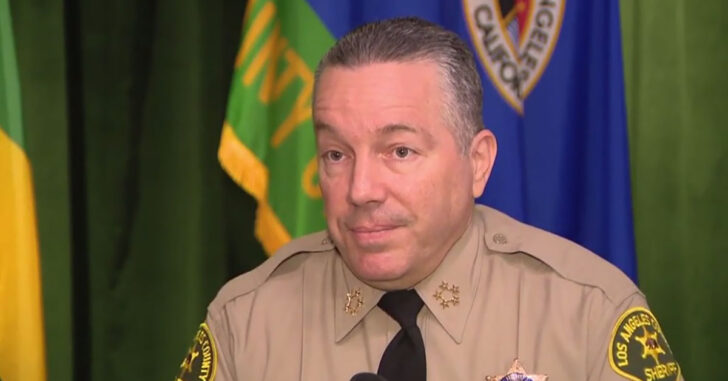 Two big things together that don’t make any sense to me, and you have a person behind both that is in total control and calling the shots.

In a sit-down interview with FOX 11, Los Angeles County Sheriff Alex Villanueva declared gun stores as nonessential businesses that will be forced to close.

While all of the inmates were incarcerated for non-violent crimes, wouldn’t some sort of lockdown make more sense, instead of releasing them into the community? The inmates released are said to have been incarcerated for misdemeanors and had 30 days or less left on their sentence.

Watch the interview below:

On another note, it’s no surprise that Los Angeles County would declare gun stores as ‘non-essential’ and pull the plug. Sheriff Villanueva has the say, and has quite a bit all the power to make the final decisions.

Maybe the residents of LA County stand behind his decisions, but they sure do look funny from this side of the Country. To each their own, I guess, and that’s an important reason on why states and localities can make their own decisions.

Other locations around the Country have been releasing non-violent inmates as well, so it’s not the first time during this crisis. The same goes with closing gun shops. Some are doing it, some aren’t, while others are stopping NICS checks.

Before this, the Mayor of San Jose decided to deem gun stores as ‘non-essential’ as well.

While this is going on, gun sales are through the roof as people learn that they need ways to defend themselves, should S ever hit the F.